Giselle – Saved by a Second Choice 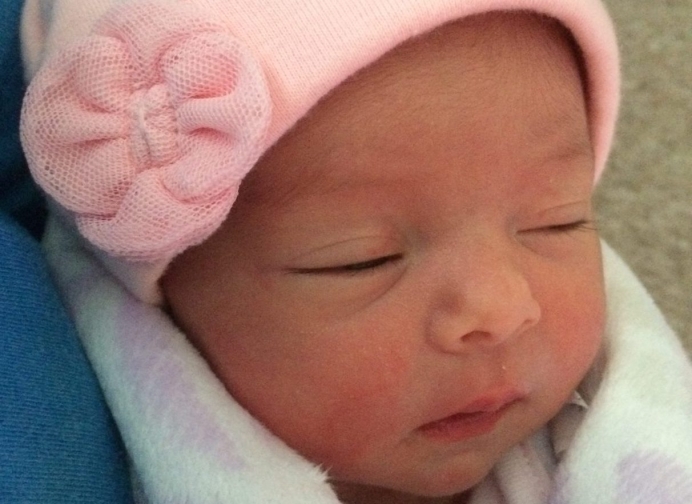 By the time Giselle entered the world in early December, she arrived fully equipped with her own protective detail of three older brothers. They’re old enough to know their sister is a precious addition to their family, but they’re years away from understanding just how priceless she is.

What Giselle’s brothers will learn in time was that their mother, Samantha, was abandoned by Giselle’s father and turned to a chemical abortion pill because she felt it was her only way forward.

But regret set in almost as soon as Samantha had taken the first of two chemical abortion pills—which ends a baby’s life in utero ahead of the second and final pill to induce labor. Samantha changed her mind and reached out to the Abortion Pill Rescue helpline (1-877-558-0333).

Through the helpline, Samantha was connected to one of 450 professional healthcare providers in the nationwide Abortion Pill Rescue network. These providers are trained in a life-saving protocol that starts with an emergency injection of progesterone used since the 1950s to prevent miscarriages. It is highly effective.

Samantha’s daughter, Giselle, was born Dec. 1, 2017—an event celebrated all month by the pregnancy center in Massachusetts, where Samantha had learned about the life-saving option before going in for her abortion appointment.

“For those who have been following along with the story of Sam, and the miracle of Abortion Pill Reversal, we are so excited to introduce her little girl, Giselle,” the pregnancy center posted in early December. “Born Friday, December 1st at 2:00 p.m. 6lb 3oz, 18 3/4 in. Both mom and baby are in perfect health and doing wonderfully. And her 3 older brothers are completely smitten with their new sister!”

Heartbeat took a bold step in bringing APR into our life-saving network. It is a powerful and effective tool in bringing a second choice to moms and babies!