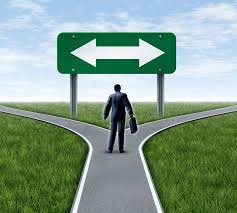 Just somebody in the middle (and that’s just fine)

Are you one of those who has a tendency to compare yourself to others? I can be. And my comparisons often show me coming up . . . short.

Others appear more engaging, more educated, more everything. They seem to have the very gifts I don’t possess.

The funny thing is, I may be exactly right. Not all of us are alike. God gives different gifts and talents to each of us and for His reasons only, some appear to have more than others.

The parable of the talents in Matthew 25 tells us of a master giving talents (a measure of money) to three servants. One received five talents, another two, and another, one. We know the story well.

But what about the servant in the middle ... the one who received two talents? We see no record of him complaining about receiving just two talents, and there is nothing in the text about any grumbling over the difficulty in making more money with only two—while another was given five.

Instead, we see a servant who took no time to compare to another and instead went to work with what he had. In the end, he gained two more talents. Do you know what fascinates me about the master’s response? For both the servant who received two talents and the one who received five, the reward is the same.

Both servants are told, “Well done, good and faithful servant. You were faithful with a few things, I will put you in charge of many things; enter into the joy of your master.” (Mt. 25:21, 23)

I suspect many of us feel we are a little short of talents at times. And yet, the Lord is only asking us to take what we have and give our best. If we build on what we have, He receives joy--which He then invites us into.

So today, let’s all take heart. The joy of our master is not dependent on the number of talents we receive, but on how we use the ones we have.