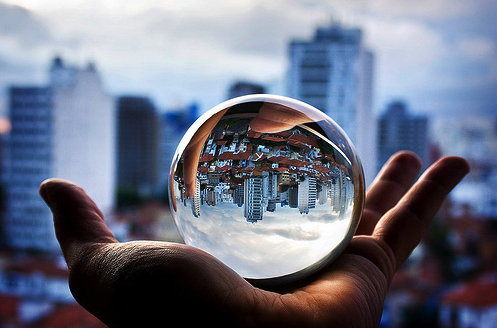 And when they did not find them, they began dragging Jason and some brethren before the city authorities, shouting, “These men who have turned the world upside down have come here also;” Acts 17:6

Paul, Silas, Jason and others caused quite a stir in Thessalonica, where Paul spent three weeks with the Jewish community, convincing many of the good news of Jesus’ identity and mission.

Yet, whenever there is good news some will find a problem. So it was in Thessalonica, where the Jewish leaders became jealous as more and more were persuaded Paul was right by saying, “This Jesus whom I am proclaiming to you is the Christ.” (Acts 17:3)

Because of their jealousy, the religious leaders of the day formed a mob (Acts 17:5), then dragged Jason and some of Paul’s friends in front of the city authorities, falsely accusing that “. . . they all act contrary to the decrees of Caesar, saying that there is another king, Jesus.” (Acts 17:7)

Paul probably made it clear that Jesus was not on earthly king, so why the false accusation? What was the real problem?

The real problem was about power. The religious leaders enjoyed being served by those they ruled over. They had full authority to make proclamations regarding not only religion, but about how the world around them (in this case, the Jewish community) would function.

No one was allowed to question their leadership or their authority. In short, they had a great life—and all of the power they could ask for. Until Paul showed up.

Paul, Silas, Jason and others were offering something new. This good news challenged the one thing the leadership held dear: Their power base. For if Jesus is king, the religious leaders were subject to him and suddenly, everyone was on equal footing.

To the religious leaders, this “turned the world upside down,” – their world.

It’s no wonder they were angry and jealous, creating mobs and making false accusations. They would do anything to protect their personal kingdoms.

For us and those we serve however, the good news is truly Good News. When we see Jesus as King, there is joy in knowing our King is one of reconciliation, hope and promise. Our King’s decrees aren’t those of a dictator (“Do this or else!”) but one of love (“Love your neighbor as yourself”).

And just like Paul and his friends, when we embrace this good news and share it with others, some—like in Paul’s day—won’t be happy. But if we’re faithful, we might see the results Paul did, where many choose instead to join with us in proclaiming the greatest news ever told.