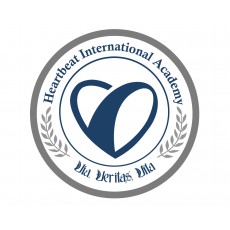 Please specify who should receive each subscription you are purchasing by providing the email address and/or username. Please note, a subscription is needed for each individual interested in receiving credit for any training.

I understand I am purchasing a web-based resource intended for a pro-life audience. I also understand the views, information, and opinions shared as part of this training may or may not reflect the views and opinions of Heartbeat International. Additionally, I understand that this is an educational resource and is considered off the record. Anyone wishing to receive a statement or additional information from Heartbeat International can contact us at support@heartbeatinternational.org.

This presentation will cover how and why men are affected by abortion, and offer practical tips on how to  help them.  In addition to the formal presentation, this webinar will also include a compelling first-hand account from a father who grieved the loss of his child after an abortion.

Brad Mattes is the  CEO of Life  Issues Institute, internationally headquartered in Cincinnati, Ohio. The  organization was established to serve the educational needs of the  pro-life movement. Its primary objective is to globally develop and  disseminate effective pro-life educational material.

Mr. Mattes is president of the International Right to Life  Federation and is a frequent international speaker and lecturer on  abortion and related life issues. He works with other countries to  establish a pro-life educational and counseling presence.

He has done considerable anecdotal research on the effects of  abortion on men, and his writings on this topic have been printed in  American and international publications. He has a Master’s degree in  Biblical Studies and Biblical Counseling. Mr. Mattes has written a  college course on men and abortion.

Mr. Mattes is a veteran of the pro-life cause, with over 37  years of educational, political and humanitarian experience. Currently,  he serves in a variety of ways to protect innocent human life:

He resides in the greater Cincinnati area with his wife. They have four sons and four grandchildren.

David Williams  encouraged his girlfriend to have an abortion when he was 19 and had no idea how devastating that decision would be. At 26, he came to know Jesus Christ and God has brought forgiveness, healing and redemption to David's life. As a result, God has given David a heart to be actively involved in speaking up for the unborn, to counsel men whose partners seek help during pregnancy and also to counsel men after their partners have had an abortion. David partners with Cornerstone Pregnancy Center  in Orlando, Florida, and hopes to build new partnerships between PRCs, local churches and campus ministries in Orlando and beyond.

David has been in full-time ministry since 1999. He spent 10 years on staff full-time with Cru (Campus Crusade for Christ). During the majority of his time on staff, he served as a campus minister in Northeast Ohio and as a traveling speaker. He also served one season as a chaplain for the Cincinnati Bengals organization.

In addition to his involvement in the Pro-Life movement, David currently serves as a traveling speaker, ministers to college students at the University of Central Florida (UCF) in Orlando and is a commissioned member of Global Service Associates (GSA). David and his wife Terea* have been married since 2001. They have four children: Selah (10), Kaela (9), David Jr. (6) and Joseph Daniel (3). David also has a son Sukari (19) who lives in Pittsburgh, PA. David and his family currently live in Orlando, Florida.

For more information of David and his ministry go to www.davidwilliamsspeaks.com