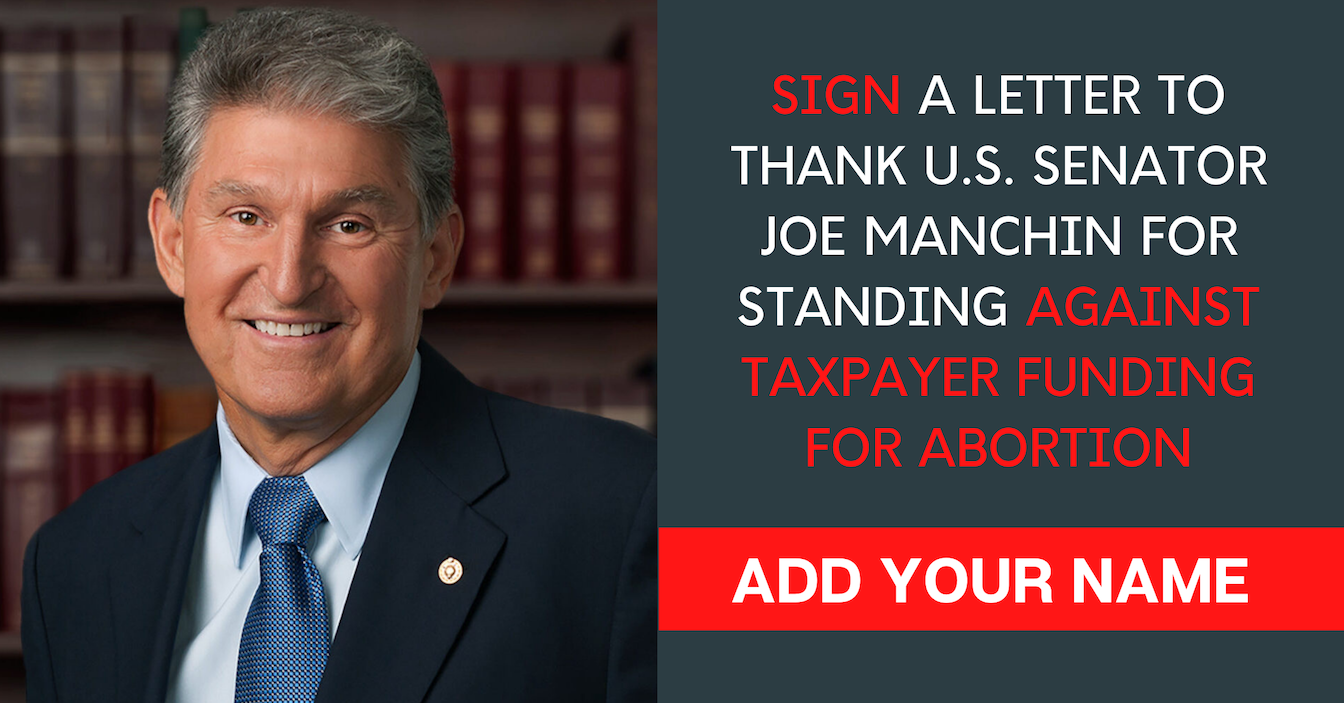 Senator Joe Manchin stood as the sole Democrat and the deciding vote to save the Hyde amendment in the federal budget that was passed late Tuesday, August 10. The Hyde Amendment stops taxpayer funding of abortion through Medicaid and has been a key target of the pro-abortion movement ever since President Biden took office.

As history shows us, when government subsidizes a service or product, the use of that service goes up, and it is no different with abortion.

This courageous stand by Senator Manchin ensures that abortion providers, like Planned Parenthood, won’t profit further off underprivileged women who already feel that abortion is their only option. Instead of coercing women into abortion through federal funding, we should work to ensure that every woman receives love and support during an unexpected pregnancy.

We thank Senator Manchin for standing with the 58% of Americans who oppose using taxpayer dollars to fund abortion.

Add your name below to sign on to a letter to thank Senator Manchin for his courage to stand up for the women and their babies.