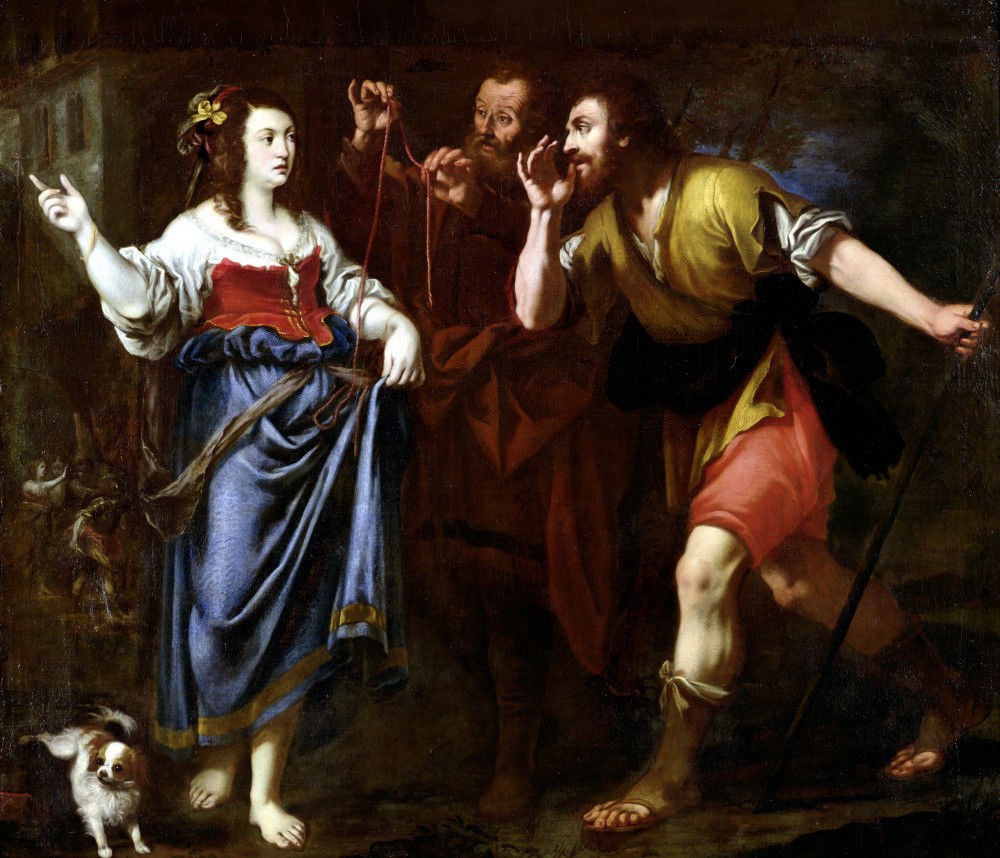 “By faith Rahab the harlot did not perish along with those who were disobedient, after she had welcomed the spies in peace.”
Hebrews 11:31

We all probably know the story of Rahab the harlot. As a quick refresher, Joshua sent spies into the city of Jericho to check out the city Israel was to conquer. Rahab, a woman of ill repute, took in the spies and when the King’s men asked her to turn them over, she hid Joshua’s men in her attic. Then, she lied to the king’s men, telling them the spies “went thataway!” Off the king’s men went, never finding the spies.

A short time later, the army of Israel marched around Jericho for six days. On the seventh, they blew the trumpets and the walls fell.

Rahab’s faith—a belief that the spies were men of God—saved her and her family. This led to a series of amazing events.

Here’s a question: “What would have happened if Rahab obeyed her king instead of taking her step of faith?”

The quick answer is, “Well, God would have worked it out another way.” Maybe this is correct. But we don’t know this.

What we do know is; a woman who was likely at the absolute bottom of the social ladder, who was likely mocked by the very men who accessed her services, who was labeled in the most hurtful way . . . suddenly faced a choice and an opportunity.

Hundreds of years later, the writer of the letter to the Hebrews still called her “Rahab the harlot.” So no, she didn’t lose her label. But she did gain entrance into what we now call, “The Hall of Faith” in Hebrews 11.

Rahab’s choice led to the conquering of Jericho. Which led to Israel’s rise as a nation. Rahab’s choice also led her to marry Salmon, which led to the birth of Boaz. Boaz married Ruth, one of only two women to have books of the Bible named after them. Rahab, Ruth and others created the generational line leading to the mighty King David. And King David led to . . . Jesus.

One choice. Just one. By a woman with everything stacked against her.

Two thoughts to keep in mind.

One, the clients and patients who come in our door may have everything stacked against them. But one choice—just one—can change everything. Let’s always remember this.

Two, what about us? We all wonder at times, “Can God work through me?” I don’t write the following to diminish Rahab, but her being labeled a harlot is a lesson that God uses the unlikely. Regardless of our pasts--whether better or worse than Rahab’s--God seeks those who will seize the opportunities He gives.