Click here to read about what God is doing in El Salvador on Pregnancy Help News. It will blow your mind!

Check out what Kharkiv Pregnancy Assistance Center has been up to!

Check out the Kharkiv Pregnancy Assistance Center has been up to in Ukraine! Read the newsletter by clicking on the attachment below.

Africa Cares for Life: Salt and Light in the South

This past August, Africa Cares for Life (ACFL) held its 13th Annual Conference in Illovo Beach, South Africa, welcoming 60 pregnancy help center directors, board members, staff and volunteers from around the nation to better equip themselves to serve women and families.

The theme, “Salt and Light,” highlighted the role of pregnancy help centers as individual lighthouses for their regions, providing clients with a place of hope and guidance by shining in the dark places.

While at the conference, attendees took part in praise and worship, networking with co-laborers in the life-saving mission and personal prayer ministry opportunities. The event incorporated keynote speakers and workshops with topics including: 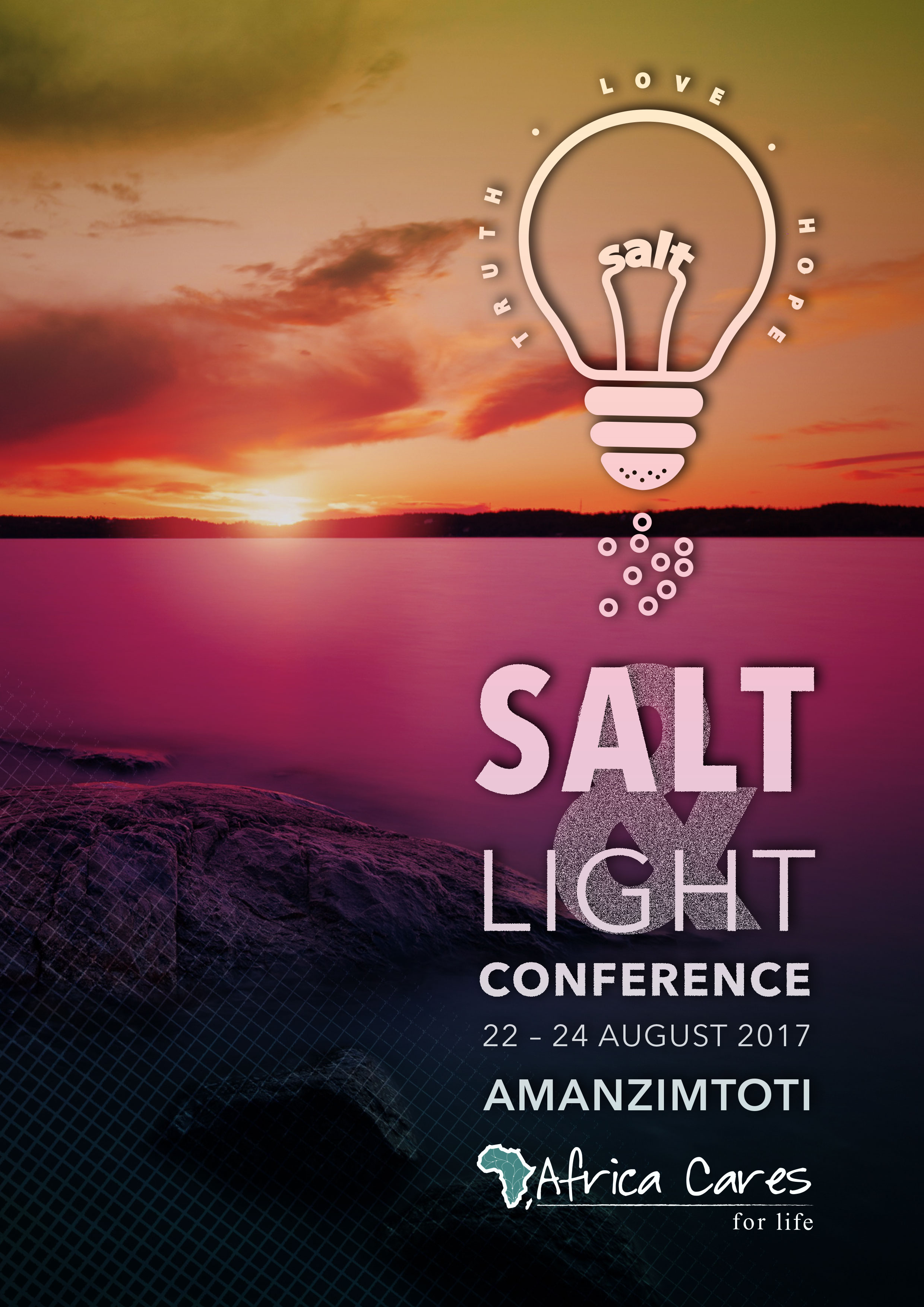 Here are just a few examples of the feedback ACFL received from attendees:

“This was an opportunity to grow, be refreshed, network and refuel.”

“I loved how God used the speakers to meet my needs—especially spiritually.”

“I am writing to you with such an overwhelmingly grateful heart - to you guys for creating this truly wonderful conference … in this one God has really been dealing with me personally and highlighting a few things that I as a person should work on to become a better child of God and ultimately a better leader for my centre. So thank you (once again) for being obedient to God when He called you to this ministry.”

“[The conference] reminded us that we are not fighting this battle on our own.”

“[I] came away from those sessions feeling rejuvenated.”

In order to pour into the lives of others, pregnancy help center staff must themselves be filled to the brim. Whether through a speaker, workshop or simply spending quality time with others in the pregnancy help community, in-person gatherings like ACFL’s are specifically geared to “fill” pregnancy help workers to get back to the mission with a renewed sense of vision and purpose. 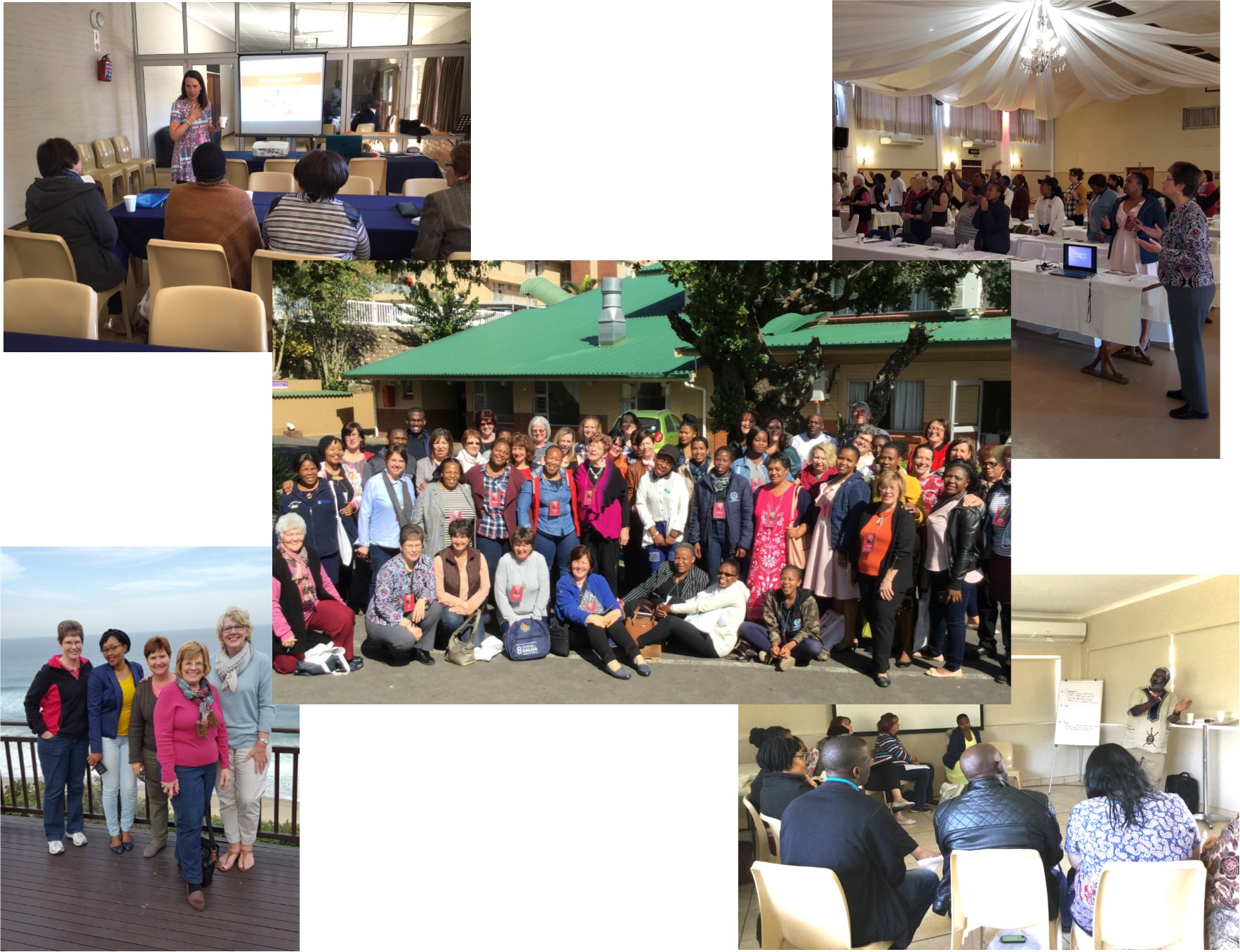 Extra! Extra! Read All About Our International Partners

Below are a few of our international partners' newsletters and updates, which may be of interest to you:

ProVida Continues Fighting for Life in Wake of Barcelona Attack

Director Sandy Shoshani leads Be'ad Chaim (Hebrew for “Pro-Life”), which was established in 1988 in Israel. Be'ad Chaim's mission is to open the eyes of women and men to an alternative to abortion so that they will choose life, with an ultimate goal to end abortion on demand in Israel. Be'ad Chaim’s offices span throughout Israel and provide education, counseling, and tangible provision for needy mothers. Its services include: “Project Moses,” a sponsorship program to provide mothers with baby items for a full year, “Gardens of Life,” a place of healing for those who have lost a child, counseling, education, clothing, and Post Abortion Syndrome (PAS) Support groups.

Headed by President Alicia Latorre, ProVida (Spanish Federation of Pro Life Associations) originated from the first Pro Life Association of Spain in 1977. It has been a recognized and registered organization since 1981. ProVida promotes respect for all human life from conception until natural death through its services, which include: personalized assistance to single mothers, free medical and psychological care for women faced with an unplanned pregnancy, food and housing aid, educational courses, organization of conferences, seminars, and congresses, and collaboration in socio-cultural, scientific and public awareness events to promote a culture of life.

Current Events Around the World

At the heart of Puerto Rico’s abortion industry, pro-life leaders from five Caribbean nations gathered Jan. 11-13 for the region’s first-ever pregnancy help summit, pooling insight and preparing for a new season in the battle for lives.

Coordinated in partnership with Heartbeat International, the meeting took place in Bayamon, Puerto Rico, where Cree Women’s Center established its second pregnancy help center in 2016—just a mile away from three of the island’s seven abortion clinics.

Trinidad and Tobago, Barbados, St. Lucia and the Bahamas were all four represented by men and women dedicated to rescue both women and children from a growing abortion epidemic that has jumped by 50 percent in the region since the mid-1990s.

According to estimates by the pro-abortion Guttmacher Institute, 4.4 million unborn children were aborted each year from 1990 to 1994 in Latin America and the Caribbean. That number increased to 6.5 million per year from 2010-14, prompting many pro-life Christians to respond by establishing pregnancy help centers and ultrasound-equipped medical clinics.

In Trinidad and Tobago, Rebekah Ali-Gouveia and her husband, Colin Gouveia, founded Elpis Centre in 2009 to provide life-affirming options, pro-life education and help with abortion recovery.

“This gathering helped to further knit the leaders in the Caribbean together; to refuel, reignite and anchor the matters we must commit to in the year ahead,” Ali-Gouveia, an attorney and Caribbean coordinator for World Congress of Families, said. “There was an overflow of love, trust, laughter and tears all of which converged into a weekend ripe with expectation and hope for our region.”

Three leaders from Heartbeat International—all who served in leadership roles at local pregnancy centers before joining the staff at the network’s headquarters in Columbus, Ohio—participated in the summit, along with Sol Pichon, a long-time leader of a local network of Florida pregnancy help medical clinics.

In addition to its Annual Conference, which is expected to draw over 1,000 leaders to Chicago in its 46th year this April 19-21, Heartbeat International fosters similar regionally based pregnancy help efforts on every inhabited continent, including Europe, where the organization hosted leaders from 10 nations in October of 2016.

“There continues to be a great need for pregnancy help leaders to build strong relationships,” Jor-El Godsey, president of Heartbeat International said. “Heartbeat is privileged to serve as the unifying network for so many faithful and faith-filled champions in the Caribbean and around the globe.”

Rhonda Darville, founder and CEO of Bahamas GodParent Center in Nassau, launched that nation’s first stand-alone pregnancy center in 2015 and has since braved Hurricane Joaquin and Hurricane Matthew in successive years—with both storms doing significant damage to the surrounding areas but leaving the pregnancy center unharmed.

Abortion is currently illegal in the Bahamas, but along with an underground abortion industry and a reported 60 percent of children in the nation born to single mothers, a push to legalize abortion is several years in the making.

“It has been a privilege and a pleasure to meet with other leaders in the Caribbean, as we do the work that brings the gospel, strengthens families and hence our communities and our countries,” Darville wrote on Facebook. “The need is great, the resources are few, but we keep trusting in the Almighty. We know He is able and so we do not get weary in well doing."

Pregnancy help heroes are championing life every day across the Caribbean landscape. The venues for such life-affirming efforts vary from telephone to email to hotline to online to actual office space. The daily, compassionate outreach to women and men dealing with an unexpected pregnancy is affected by, but far removed from the political wrangling. Those called to this work are facing great challenges in answering the call to champion, save, and defend life. We invite all pregnancy help workers, and especially leaders, to gather together to share information and understanding as well as to gain insight from others.

Along with plenary sessions that will inspire and inform, there will be breakout discussion groups on vital topics that challenge all pregnancy help efforts – leadership, fundraising and the use of technology to more effectively reach clients. These breakouts will be participatory in nature; as you plan which ones to attend, please come prepared to share your knowledge and experience as well. Breakouts will be facilitated discussions with interaction among attendees.

English will be the primary language for plenary sessions and breakout facilitation.

A special grant is available which will cover registration, summit materials, hotel stay for both nights and Summit meals for the first two attendees from your organization (double occupancy only). This is limited on a first come, first serve availability. This is a first come, first serve opportunity only while there are rooms. Preference is given to current Heartbeat International affiliates.

The cost for additional attendees is $669 (USD) per person, which includes registration, all registration materials, hotel stay (2 nights), 3 Summit meals and coffee breaks.