Appreciating the Nurse God Created You to Be 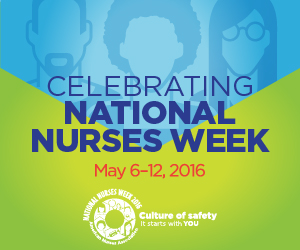 I’ll be honest. I can’t imagine facing a life and death battle in my everyday life. My days consist of diapers, sibling squabbles, meal preparation, and drinking coffee. God made me to be a mom, among other things. That is where my standing in life has brought me and where I know He wants me to invest my love and care. So different from a nursing medical career.

Isn’t that the beauty of life though? God placed such intricate passions within to stir and lead us. It is our passion which grounds us inside – knowing we are devoted and following this map through life which God has laid out in our desires.

In World War I, a young nurse name Alice Ross-King was stationed near the trenches in Armentieres, France. She was 28 and had only been at the hospital for five days. During a night in late July, the Germans began dropping bombs, five of which landed on the hospital. The first bomb dropped through the ceiling in front of her and threw her to the ground. Reports say that she was stunned for a few moments but once she had regained her bearings, she ran to assist those around her.

Now, if a bomb drops in front of me you’ll probably find me crying in a corner wishing I was safe under the covers of my childhood bed. But Alice ran toward the fight! She was later awarded a medal for her “great coolness and devotion to duty”. Being levelheaded and devoted – what a beautiful way to live. Is that not what nurses do every day? Run into the fray and fight to save lives – of babies, but also of scared mothers and fathers?

But, I can hear many saying that this was an extraordinary situation, fueled primarily by adrenaline. And it’s true. Alice Ross-King experienced a horrifying circumstance that the overwhelming majority would never find themselves in. The amazing reality is that nurses working in Pregnancy Help Medical Clinics are daily racing toward this fight, devoted, levelheaded, passionate.

Nehemiah 6:9b reads “Now strengthen my hands.” Four words but what powerful ones they are. Let that be your cry as you run toward the fight and it is our prayer for you!

Even though at times you might feel drained and as worn as the dishrag on my sink, every client who crosses the threshold of your center still needs you. They need you to run to them and to show God’s love in what might be the simplest yet most taxing way – to care for them, and this is why we take this week to express our utmost gratitude and appreciation for each and every one of you. You are AMAZING! We Celebrate You! Thank you for running to the aid of those who need you. You are strong and capable through the power of God. You are doing extraordinary work. May the Lord always strengthen your hands.