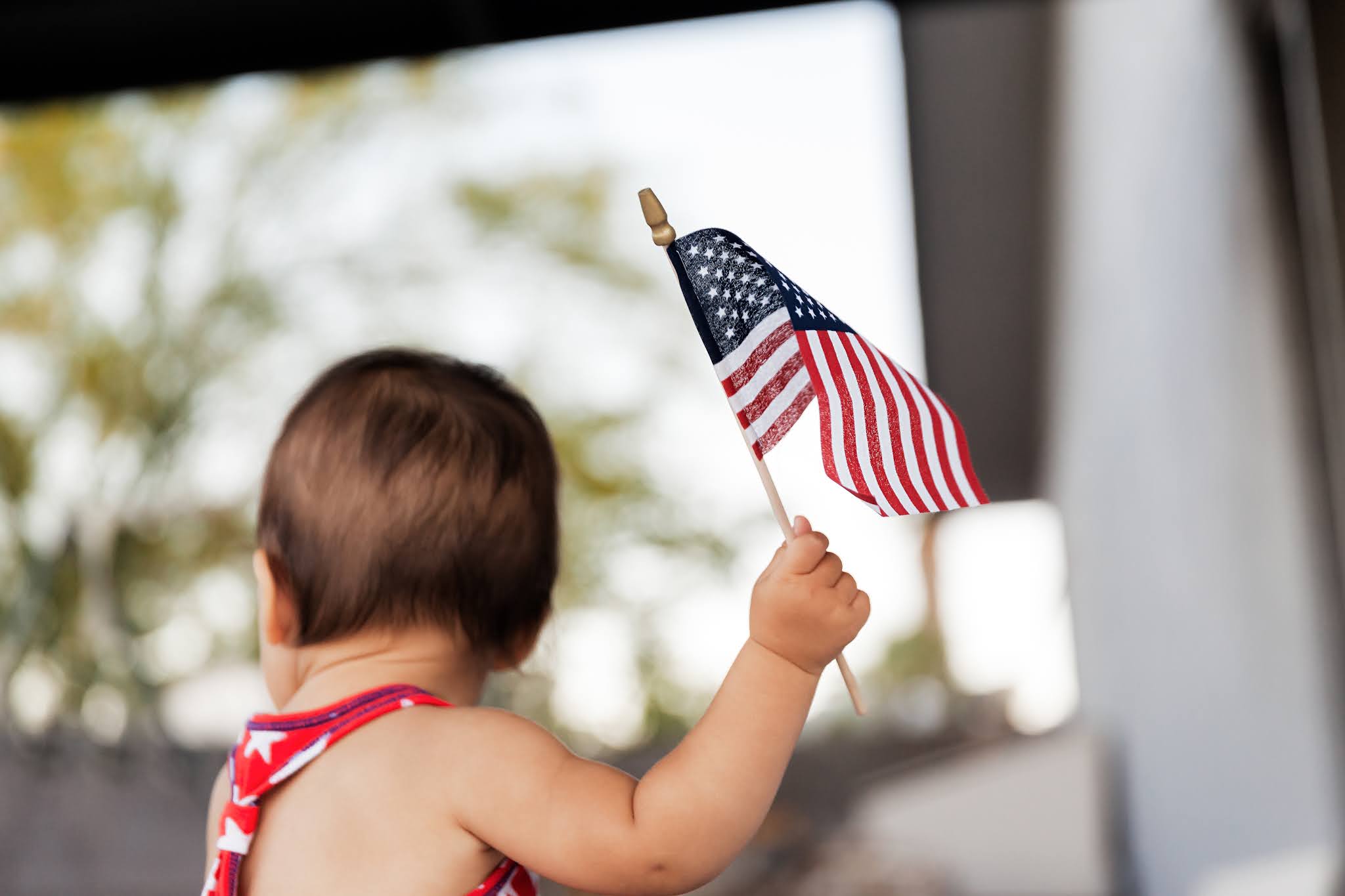 Voting is a national privilege, an opportunity to share in one of our most sacred rights.  This November the entire U.S. House of Representatives (435 members) is up for re-election, as are 35 U.S. Senators, and 39 state or territory governors. Every state and local jurisdiction also have many more elections and ballot initiatives.

With that in mind, we would like to share five reasons why we should vote pro-life next month.

First, if you are a person of faith, you probably already know that God values life—and you can recall the words of Jesus who said, ‘Let the little children come unto me, do not forbid them,” or Jeremiah, “Before I formed you in the womb, I knew you.” These verses, and many more, highlight God’s view of human life.

Second, our Declaration of Independence, the words upon which our Country and Constitution were founded, exclaims, “All Men are created equal, that they are endowed by their Creator with certain unalienable Rights, that among these are Life, Liberty, and the Pursuit of Happiness.”

Fourth, pro-lifers are building a culture of life. Dobbs v. Jackson Women's Health Organization was a great victory that overturned Roe v. Wade, but our fight to make abortion unwanted today and unthinkable for future generations is far from over. Electing the right leaders will help provide for those who may believe abortion is their only choice. We need elected leaders who will support the pregnancy help movement rather than villify it.

Lastly, there are many politicians who come up with creative ways to end human life—on behalf of their pro-abortion campaign contributors. They use scenarios that bear no resemblance to reality, making claims like “abortion is health care” when science proves that abortion is never medically necessary to preserve the life of the mother, and stopping an active beating heart is the opposite of “health care.”

4 Myths about Voting this Election Season

We all know we should be voting, but is it really that important? After all, the Dobbs decision already overturned Roe, and we’re not even picking the president this year.

The United States has a surprisingly low turnout of voters, hovering between 55 and 60 percent in any given election. Why can’t we find it in ourselves to get out there and vote our values? Could it be that we believe one or more of these myths?

There’s a lot of hype for presidential elections, but for some reason, midterm elections don’t seem to matter as much. Nothing could be further from the truth. As powerful as the Presidential office is, he can—ideally—do almost nothing without the support of the Senate and the House.  Do you know who is running for the Senate or House positions open in your state and district? What about the Gubernatorial or Mayoral races? These matter!

Myth #2: There are no important races this year.

With all 435 voting seats in the House of Representatives and 35 of the 100 Senate seats up for a vote, no one can deny the importance of this year’s races. In addition, 39 states or territories are electing governors, and many U.S. cities are electing mayors. Not to mention all the local races and ballot initiatives that could have major impact on the abortion issue. Do you know who’s running in your district? These are the people who make the decisions that keep our local, state, and national governments running. We need to make sure they are the people who are going to truly care for the people—both in the womb and out of the womb.

We’ve heard this one before. Every vote matters. Every single vote matters. Every life changes the world in an unrepeatable and irreplaceable way. And so does every vote. If we stay home on Election Day, our pro-life candidates will have to stay home too! What we do and don’t do makes a difference, so let’s make it a positive one.

Myth #4: I can’t talk about political issues or encourage others to vote.

Untrue! While certain regulations may apply to what your pregnancy help organization can do, you are well within your rights as an individual citizen to encourage those within your sphere of influence to head to the polls. There is everything to gain, and nothing to lose when we encourage our staff, volunteers, partner churches and community supporters to vote their values.

Don’t believe these myths this season—vote your values instead. Generations yet to be born are counting on us!

Learn more or share how voting your values matters with Five Reasons to Vote Pro-Life this November.

Throughout the month of May, states and local jurisdictions will be holding elections at a polling booth near you.

Some of those elections will be primary elections, which, of course, narrow the field of candidates before an election for office. Primary elections are those in which political parties nominate candidates for an upcoming general election or by-election. Ohio, Georgia, Nebraska, and West Virginia are all holding primaries this May.

General elections, elections in which final results will send winners directly to elective office, are being held in—among other states—Montana, New York, Texas, and Virginia. Additionally, many states and local jurisdictions are having ballot issues, such as levies, school issues, tax issues, as well as issues as significant as marriage amendments. It goes without saying that all citizens, including those who work for nonprofits, even issues-oriented nonprofits, have the right to and should vote.

History is replete with instances of the importance of one vote. And though Snopes.com tells me most of the commonly cited instances are urban legends, there is one example, which many of us lived through, that is no myth.

In 2000, the difference in the total vote in the state of Florida in the presidential race between George W. Bush and Al Gore was less than one-half of one percent. A recount and ensuing controversy ended in Mr. Bush receiving Florida’s electoral votes, and he won the election by one electoral vote.

With the ballot booth coming to a public gathering place near you, here’s a quick list of why your pro-life vote is important:

1. Every vote charts a course
Voting is our chance to have a say in setting the direction of our city, country and culture.

2. Every vote expresses a conviction
Voting is our chance to make our choice about the future of our government—or express our opinion about the present one.

4. Because vote exercises equality
Each and every vote is worth just as much as anyone else’s, regardless of wealth, gender, color, ethnicity or religion.

5. Because the clock may be ticking
If we don’t exercise this blood-earned right to vote, we may eventually lose it. This may seem alarmist, but not when our nation’s two and a half centuries of existence within the larger scope of world history is considered.

In addition to these considerations, each election season tends to raise questions in the collective and individual minds of nonprofit leaders and organizations. Is it legal to put up a sign on nonprofit property for or against particular legislation? Is it advisable for our executive director to run for city council? Can we publish or distribute a voter’s guide?

These, and similar questions, lurk in the frontal cortex of those who care about the issues, are constantly told to be wary of trespassing in forbidden waters, and yet feel a compulsion not only to vote, but to encourage others to vote.

While the answers are not always clear, Heartbeat International has already answered some of these questions.

Check out the following links for more information: