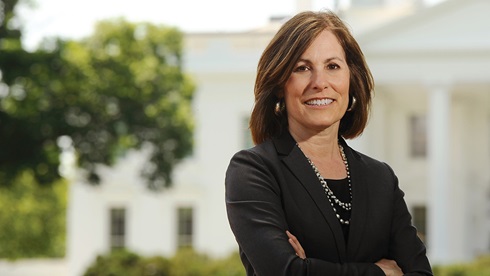 When Valerie Huber tells people what she does for a living, she knows the risk of ridicule she could be facing. “Our critics like to pigeonhole this as a religious issue,” she tells Citizen, “but the truth is that this has value for every student regardless of faith or moral framework—or lack thereof.”

“This” is abstinence education, or, as Huber refers to it, sexual risk avoidance (SRA) for young people. The first term often conjures caricatures of middle-aged teachers lecturing on the evils of sex, but that’s an image that Ascend—formerly known as the National Abstinence Education Association, or NAEA—is working to reframe.

As president and CEO of Ascend, a professional association that supports, educates, represents and equips those with a hand in the SRA conversation, Huber has a message for America: This ain’t your grandma’s sex ed.

“Sexual risk avoidance is actually a term taken from public health,” she says. “I bristle at the terminology ‘abstinence only,’ because our programs are so holistic. They contextualize a whole battery of different topics that surround a young person’s decision whether to have sex or not. Rather than someone telling a young person, ‘Do this, don’t do that,’ it’s casting a vision for a young person’s future.”

Huber, meanwhile, envisions a future where Ascend is seen for its focus on SRA as a public health issue, using what she says is an “approach that sits so clearly within a public health model for optimal health.”

A 56-year-old mother of four, and a Christian since age 17, Huber’s impetus to get involved in public health policy began when her oldest son was in middle school. His health class, in her view, was sending mixed messages about sex and healthy relationships, and ultimately normalizing the age-old myth that “everyone is doing it.”

To that end, Huber encouraged the school to introduce a more age-appropriate curriculum in her son’s classroom. The effort was eventually successful. One thought kept returning, however: What about kids in other schools in their Ohio county? What sorts of messages were they hearing in their health and sexual education classes?

So in 1999, Huber founded and directed REACH, a character-building and risk-avoidance educational organization. The program, which Huber ran until 2004, served an average of 25,000 middle- and high school students in southwestern Ohio each year, emphasizing the fact that waiting to be sexually active has major benefits.

From there, Huber made the move to managing the Ohio Department of Health’s Abstinence Education Program. The job, created through a Title V federal-state partnership aimed at improving the health and well-being of women and children, offered the chance to oversee and grant awards to community abstinence programs serving more than 100,000 students statewide every year.

“I kind of started a career that I didn’t necessarily anticipate,” Huber admits. “When I had that first meeting with my son’s health teacher and principal,

I had no interest in having a career in sex education. It never entered my mind; I was only concerned about the well-being of my own child. But I count it as a real honor to today be in that particular place—to have an impact that can really change the trajectory of a young person’s life.”

The two positions culminated in a spot for Huber on the National Abstinence Leadership Council. In late 2006, after meeting to discuss the trends and needs in the field, the Council voted to form the NAEA. Huber assumed the position of NAEA president when the 501(c)4 organization officially formed in 2007. Its board members represented more than a century’s worth of experience in the fields of public health policy and abstinence education.

“Really,” she says, “the organization was a topic expert from the very start.”

Yet NAEA board members noticed an odd quirk about that topic almost immediately: Even though emerging research was proving that teens benefit physically, mentally and socially when they avoid premarital sex, the narrative surrounding the abstinence approach was attacked from the beginning.

For example, the Sexuality Information and Education Council of the United States—founded in 1964 by Planned Parenthood’s medical director at the time, and which maintains strong ties to the abortion-selling group—called abstinence education a “failed approach” in an official February 2016 press release and blamed the movement’s backers for “wasting” nearly $2 billion in related federal support over the last three decades. Advocates for Youth, a reproductive and sexual health organization that often joins forces with Planned Parenthood, says on its web site that abstinence-only programs “ignore youth’s basic human right and the fundamental public health principle of accurate, balanced sex education.”

Huber and the NAEA board knew that they had to, as Huber says, “correct misinformation, and give an accurate portrayal of what SRA is actually about, in terms of making sure the policies are going to help young people thrive.”

What are those policies, exactly?

First off, Huber wants the nation to know which policies SRA programs are not advocating. For starters, SRA is not a message exclusive to the church; instead, it finds its footing on “a public health standpoint,” as Huber says.

“When we’re talking about any potential risk behavior, the messaging and the skills around that should be designed to help that individual avoid all the risks,” she explains. “We’ve done that for smoking, but we don’t do it for teen sex. When we talk about the merits of sexual risk avoidance, that erases all those caricatures that our critics have tried to attach to our approach.”

That caricature certainly was a powerful image for Irva Antoine, a 27-year-old health educator in North Plainfield, N.J. As a teenager, she viewed any lesson that discouraged sexual activity before marriage as nothing more than a “Christian message.”

When Antoine graduated high school, however, she had a firsthand perspective on promiscuity’s universal consequences.

“I entered college with six other friends. We were all virgins,” Antoine tells Citizen. “By our sophomore year, only two of us (still) were. I saw the drama that revolved around casual sexual relationships. I also saw the pain and hurt it caused my closest friend.”

It’s a story Huber has heard hundreds of times through her work.

“In terms of health outcomes, what would you rather your child do? Avoid risk?” she asks. “Or do you want to say, ‘Go ahead, engage in everything, and let’s hope you just reduce that risk a bit’ ? ”

Something that often surprises well-intentioned people: SRA talks very specifically about avoiding those risks, including discussions on sexually transmitted infections and contraception. The difference between SRA and “comprehensive” sex education lessons, Huber says, is context.

“We don’t distribute or demonstrate [contraceptive methods]; we educate about it,” she says. “You may be told that ‘sex plus condoms equals safety,’ but it’s not true. We don’t want to over- or underestimate any of the facts.”

At the dawn of 2016, the NAEA changed its name to Ascend, but a key characteristic remained: its reliance on sound, scientific research to back up SRA’s efficacy. So Huber and the Ascend team regularly gather and analyze raw data on teen pregnancy, sexual activity and the like and post the conclusions on the organization’s web site, as well as compile related research-based studies and articles.

“They’re a phone call away. Ascend really is the premiere organization with information that’s current and targeted on how we can help kids maneuver through the minefield of early sexual decisions,” she tells Citizen. “Sexual risk avoidance is not marginalized anymore—because it is now seen for the true health message it is, just like avoiding drugs, alcohol and violence.”

Besides research, Ascend also certifies SRA specialists—training that Antoine, Cowan and hundreds of others have completed. NJPAG utilizes that training each fall in seven-day conferences held across New Jersey.

J.T., a health teacher in Hudson County, N.J., who completed an Ascend-based educator workshop, told Cowan the message is vital. “Attending this conference taught me more information about keeping students safe than any course I took in four years of college,” he said. “The information debunked many things I was taught that sound true, but are not.”

Beyond educating parents, teachers and youth leaders, Huber frequently works in the political arena, both nationally and locally. As Cowan says, Ascend “not only deals with issues in Washington, but also has tentacles into every state and supports those people who are looking to build credible support within their state.”
That’s a job the current administration has made complicated. This February, President Obama proposed cutting funding for abstinence programs in the 2017 federal budget by $10 million, while increasing funding for a program that emphasizes birth control and safe sex by $4 million. His reason? According to the official budget, “the [SRA] program is not focused on funding evidence-based models.”

Huber disputes that claim, pointing out that the number of teens who have never had sex has actually increased 15 percent in the last two decades, while funding for abstinence education has been at its highest. Still, Huber is unafraid of the future for the simple reason that SRA education has made great gains in the last decade, even with Obama in office.

“Despite the fact that almost eight years of Obama’s administration, with unprecedented hostility against sexual risk-avoidance education, and despite the fact that every budget he sends to Congress calls for the elimination of our funding, we have seen this field continue to improve,” she says. “That’s because when people understand what our programs actually do, they’re supportive. The more we are able to have that conversation, the more young people are served.”

At any rate, Huber plans to meet with the next president to discuss the future of SRA in America, as she has with Obama’s staff. She doesn’t think we’ll be “in any worse state than we are right now,” no matter who wins this November.

In the meantime, celebrities who have publicly announced their commitment to save sex for their future spouses have been making headlines nationwide. Men like NFL quarterback Russell Wilson and Heisman Trophy winner Tim Tebow have kept the SRA conversation in the spotlight. Huber appreciates the support, but continues to depend on the science more than the spotlight.

“Take it back to public health message: We know more today than yesterday on the dangers of smoking,” she says. “Just because someone begins smoking doesn’t mean that suddenly the value of not smoking diminishes. It just means that this is a risk behavior that has an allure.”

Though many church-goers believe in SRA, they sometimes doubt its effectiveness outside Christian homes. Antoine has something to say about that: “I wish that everyone could understand that the Ascend message is not a ‘Christian message.’ It’s a life-saving message. You can live to the fullest if you focus on your goals and enjoy that great sexual life within that loving, committed relationship, preferably in a marriage.”

That sort of talk gives Huber reason to hope for the future of America’s young people and SRA’s “pretty good trend line” that she’s “hopeful will continue.”

“We have to remind ourselves that if we care about the future of our nation and youth, we always have to side on what is in their best interest. SRA education is the only sex ed approach that does that, and does it well,” she says.

“The sexual risk avoidance approach and terminology just opens up the conversation so much differently than in the past.”

The New Jersey Physicians Advisory Groups website can be found at njphysicians.org.

From the August 2016 issue of Focus on the FamilyCitizen magazine. © 2016 Crystal Kupper. Used by permission.

More in this category: « The Key to Authentic Intimacy Above All Else, Guard Your Heart »
back to top