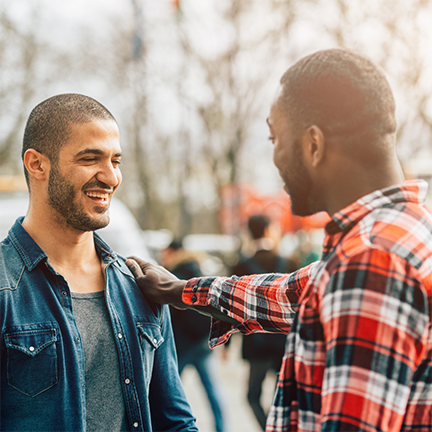 Father’s Day brings pleasant thoughts to some young men especially about time spent with their loving fathers, and unpleasant thoughts to others, whose fathers didn’t do as good of a job raising them. In some cases, this was due to the fathers, who as younger men, were finding themselves attracted to women who were not their wives. In some cases, they acted on that attraction, which led to the breakup of their marriage and the end of their precious family unit. This is such a tragedy to everyone involved when it happens, and it can be avoided if young men can gain knowledge about how their minds and bodies work differently from young women’s in young adulthood.

Biology, psychology, and sociology all influence young men’s sexual behavior. It is especially influenced by brain anatomy and biochemistry. It is so beneficial for males to understand the forces that are at work in their brains and bodies that have both biochemical and societal origins. The circumstances these forces help create can truly fashion a “Testosterone Trap” in which our young men find themselves ensnared. This is to their detriment as well as those with whom they have interacted and particularly the women in their lives.

Males need to learn that they hit their peak testosterone levels at age 17 and overall levels only begin to decline by 1% a year after age 30. The average man has 7 to 8 times as much testosterone as the average woman and some high-testosterone men have up to 183 times as much as low-testosterone women. The male brain has 2 ½ times more space than the female brain devoted to sex drive which is activated by testosterone, and also has a larger brain center for action and aggression. This means that sexual thoughts run through a man’s mind far more frequently that they do a woman’s. A man’s brain chemistry can create a craving for new sexual experiences the same way an addict’s brain craves cocaine or heroin. Its main ingredient, dopamine, plays a major role in motivation and reward, surging before and during pleasurable activities like sex. Dopamine in a man can especially be boosted by novel partners. All of this is only a possibility, though, not a foregone conclusion. Humans are a species that, because of our unique, proportionally large brains and their executive decision-making cerebral cortex, can override our basic instincts.

When males bond with a female and create an ongoing trust relationship their testosterone levels begin to drop and their bonding chemical, vasopressin, begins to rise. When they marry this woman, the love of their life, testosterone levels drop even more as vasopressin rises higher. When this couple has children, the young father’s testosterone levels fall even more, and their vasopressin bond grows even stronger. This leads to many health benefits for both the wife and the husband but by far, it benefits the husband the most. For example, married men have better immune systems, they report lower levels of depression and stress, and they are less likely to commit suicide or murder. Finally, married men are 250% less likely to die prematurely than divorced men from any cause. It seems that God has designed marriage and fatherhood as a strong pathway for men’s well-being.

Socrates’ famous philosophical statement is “know thyself.” When I was a young man, I often wondered what he meant. I believe as I have lived life, I have come to understand his meaning. By learning to know themselves and especially their chemistry young men may be able to better self-manage and forge a more positive future for themselves and our greater society. They are sure to become wiser and better men in the process. And they are sure to become better fathers and raise happier children who will have many joyous and memorable Father’s Day’s with the man they want to grow up and be just like. We all have an opportunity to be that man. Let us take it!

Dr. Joe Malone taught for many years at Middle Tennessee State University and has guest lectured at Vanderbilt, Princeton, Catholic University of America as well as other major universities. He holds a Ph.D. in Health and Human Performance with a minor in neuropsychology and a specialization in women’s health and sexual wellness. He is the former Chair of the Nashville Community Health and Wellness Team and the current Topic Network Chair for Health Promotion for the Study of Emerging Adulthood. Dr. Malone draws from his life experiences as a former model, Division I college football player and coach, celebrity trainer, elected official, and husband and father in his teaching. He has been happily married to his wife Jody for over 40 years. He is coauthor of Battles of the Sexes and founder of Sex IQ.