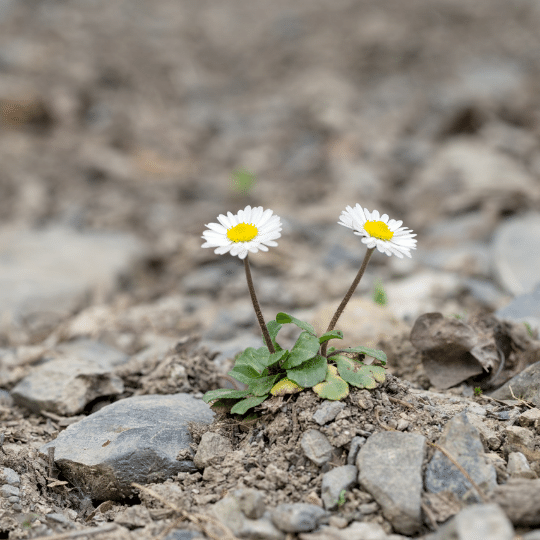 We should all be familiar with the parable of the sower. It appears in all three synoptic Gospels in substantially the same form. Matthew 13, Mark 4, and Luke 8 all have the same soils in the same order. It’s often mistaught in churches, so much so that most people think it is a parable about how to be good soil. That is a culturally nonsensical interpretation: farmers didn’t change soil in the 1st century, they made do with what was there.

As modern Americans, we look on the parable of the sower through the lens of modern scientific agriculture that reshapes the earth to conform to our farming methods, and a lens of discipleship that makes spiritual growth substantially our personal responsibility. The sower does nothing modern: he simply scatters seed, without any attempt to control where it lands. Our modern efficiency cringes to think that seed actually landed on the packed earth of a walking path: after all, couldn’t the yield per seed be increased by focusing only on the good soil?

And that is Jesus’s actual point: rather than attempting to control the casting of the seed — the Word — we are to treat it as a limitless resource, spreading it far and wide, because the less-than-universal occasions when it sinks deeply into good soil are worth every single failed evangelism effort. Every single brief conversion and quick relapse, every single heart harder than the path, every single entangled “it’s complicated” life: all the failures are eclipsed by the joy of all-too-rare abundant success.

Let's relate this to abortion pill reversal. As a prescribing practitioner, I talk to or text with any number of women, dozens so far. The parallel to the soils is frustrating. Some do not have rides to a pharmacy. Others request a prescription and change their minds. Others have neither insurance coverage nor money to pay for the progesterone. One had a rare medical condition that might have been exacerbated by progesterone, and so she politely declined to proceed. If you’re keeping score, the 64 to 68% success rate seems great, but in reality, there are plenty of things that keep women from accessing abortion pill reversal even when they have taken the initiative to call the hotline.

In speaking with another Abortion Pill Rescue Network prescriber in my state, he lamented that so few women actually picked up the prescriptions he called in. He has a point: many women desire reversal but do not follow through. They have their own tragedies to deal with, and I wish each of them had the support and access and resources to never feel the need to abort their unborn child in the first place.

So we scatter seeds. Nurses answer the phone, knowing that many of the moms who call will not proceed with reversal. I talk to the moms sent to me, again knowing that many will not follow through. Even with timely progesterone, sometimes it doesn’t work. Had it been too long since the poisoning of the abortion pill? Was the baby too young? We hypothesize factors leading to successful reversal, but certainty eludes us.

Likewise, we don’t know the impact of the lives saved; by the time these children who lived have their impact on the world, many of us will have long since retired or died. What we do know is that every life is valuable because all are made in the image of God.

He who knit each of us together inside our mothers’ wombs is faithful and true. He does not tire, nor should we who offer life to the unborn and a second chance at choice to their mothers.

And so, we continue to scatter seeds praying that the next lands in good soil, giving us a chance to help a new life thrive.

We found out we were pregnant on Christmas day. At first we were really excited! It was the most amazing Christmas gift we could ever have. At the same time, it was really scary because we have other kids we needed to care for. I had lost my job and my husband was struggling with his business. I just couldn’t see how we could possibly feed and care for another child.

My husband said he would support me whatever my decision and my decision was that I needed to abort this baby. I talked to Planned Parenthood - they seemed so knowledgeable and I thought I just needed to push through and get it done quickly; that would be the easiest way. That was a big mistake.

I took the first pill. All that night, I was awake. I knew in my heart that what I had done was just wrong. “Is it too late? Can I do something else?” I Googled what to do if you want to reverse an abortion and that is when Heartbeat International came up.

While I waited for my appointment the Abortion Pill Rescue® Network helped schedule for me, I was just praying that there was still a Heartbeat... and there was!

Aubrey Lynn was born August 21 weighing 8 pounds and one ounce that included 10 sweet fingers and 10 cute little toes! We know she is going to have a great future. She has parents who love her. God sent her to us and I think she is going to do amazing things!