Who does Jesus trust to reveal himself? 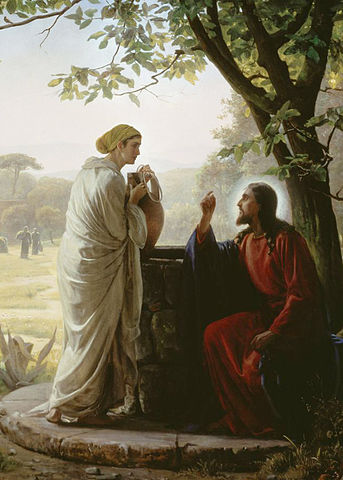 The woman said to him, “I know that messiah is coming (he who is called Christ); when that one comes he will declare all things to us.” Jesus said to her, “I who speak to you am he.”
John 4:25-26

Before his interaction with the Samaritan woman in John 4, Jesus referred to himself as the “son of man” and as the son of God. While we understand the meaning and power of these terms today, if we read Jesus’ first references to himself, those listening might not have captured their importance.

For instance, God referred to the prophet Ezekiel as “son of man” on many occasions. And the Israelite people saw themselves as children of God, so “son of God” could have had multiple meanings without full context.

The point here is that early in his ministry, few if any fully realized who Jesus was. Except for a woman of Samaria; a woman with a checkered past, drawing water from a well outside of her city.

Remember, the Jewish people were eagerly awaiting their messiah, the Christ. In their minds, this messiah would usher in a new kingdom. They were right that the messiah will rule a coming kingdom; they didn’t understand this kingdom would not come immediately.

Who would Jesus tell first that he was the messiah for whom all of Israel was waiting? Would he tell a religious leader? One of his disciples? A power broker in the Roman Empire?

None of the above.

In a quiet, one-on-one conversation, Jesus chose a woman who was likely called many names for her improprieties with men. With her, he spoke directly, saying, “I who speak to you am he.”

This woman didn’t have to answer carefully-crafted questions, or work through parables. Instead, Jesus was direct and forthright. And her entire life changed. Suddenly she was telling those in her community about this man who she believed to be sent from God to save the people.

The result? “And from that city many of the Samaritans believed in him because of the woman who testified, ‘He told me all the things that I have done.’” (John 4:39)

Those entering the door to a pregnancy help ministry appear—at least to most—to be the most unlikely to spread the gospel message. Sure, many applaud us for reaching out to these with checkered stories. But they don’t think much change will take place. Perhaps we don’t, either.

Yet we must keep in mind, this is who Jesus chose first. Because he did, the good news of the kingdom of God took off in a Samaritan city.

Apparently, Jesus gave hope to a Samaritan woman. We can do the same. And when we do, we never know how far that hope might spread.