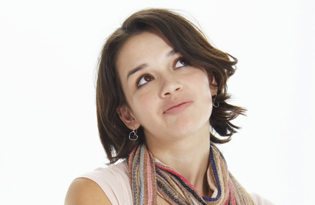 Medical Institute for Sexual Health
Website: www.medinstitute.org Email: This email address is being protected from spambots. You need JavaScript enabled to view it.

A recently released policy statement by the American Academy of Pediatrics encourages Pediatricians to counsel adolescent patients regarding contraception in order of effectiveness. The most effective contraception is the progestin implant and the second most effective device is the intrauterine device, or IUD. Historically, IUDs were not used in nulliparous women (those who had not previously given birth), nor in women outside of a monogamous relationship. The uterine cavity is usually larger in women who have already carried a pregnancy and it was believed that a smaller uterine cavity would not tolerate a foreign object well, expelling the IUD and increasing the risk of pregnancy. The concern for women who were not monogamous was the increased risk for sexually transmitted infections that could develop into pelvic inflammatory disease.

Additionally, patients who believe that life begins with conception, need to be counseled that although the chemicals included with the IUD (copper or progestin) are designed to inhibit sperm from reaching an egg, IUDs also affect the lining of the uterus, making it undesirable for implantation, if conception does occur.1,2 In addressing the concern of conception occurring with an IUD in place, the Technical Report of the Academy of Pediatrics simply skirts the issue like this:

The report does not leave room for personal opinions and beliefs about when pregnancy begins, but simply states that pregnancy begins with implantation. Since the copper IUD, Paragard, is approved for use as an emergency contraception, there is even more concern for those who view the IUD as an abortive method of birth control. Paragard is reported to be 99% effective in preventing pregnancy,4 if inserted up to five days following unprotected intercourse.3 Medical Institute's greatest concern for IUD use in teens is sexually transmitted infections, which can lead to pelvic inflammatory disease and infertility (the inability to achieve pregnancy when desired). This concern is addressed in most of the current literature, but is not seen as a contraindication for IUD use. Interestingly, the CDC's fact sheet on PID6 lists the following risk factors for PID:

Just being a sexually active teen is a risk factor for PID. When the IUD is inserted, a second risk factor is added. Another CDC Fact Sheet, "Sexually Transmitted Infections Among Young Americans", points out that "many young people have multiple sex partners", indicating that risk factors numbers 2 and 3 for PID might also be a concern. And finally, the Fact Sheet mentions that many infected teens are often unaware that they have an STI and have not had the proper screening for Chlamydia, indicating risk factor number 1. With five out of seven risk factors for PID specifically being a concern among teens, one must wonder about any recommendation for IUD use in youth.

The American Academy of Pediatrics Technical Report continues the mixed message with statements like this: "...past associations between infertility and IUD use among nulliparous women were attributable to STIs rather than IUDs"3(page e1262) and the CDC Practice Recommendations states, "Although women with STDs at the time of IUD insertion have a higher risk for PID, the overall rate of PID among all IUD users is low."5

The answer to the problem of STIs from both the CDC and the Academy of Pediatrics is condoms. Both organizations recommend that all patients be counseled on the use of condoms, regardless of their choice of contraception to help prevent STIs. However, in 2013, only 8.8% of sexually active high school students reported using condoms along with another method of birth control8, perhaps indicating that with the fear of pregnancy gone, there is little motivation to use condoms.

Fifty percent of all new cases of STIs occur in young Americans from 15–24 years of age. Ignoring the increased risk for PID and resulting infertility for the sake of preventing teen pregnancy is not in the best interest of our youth. Therefore, MI does not agree with the recommendation for IUD placement in adolescent girls.

More in this category: « NAPN: A Voice for Pro-Life Nurses Resources for Your Medical Director! »
back to top