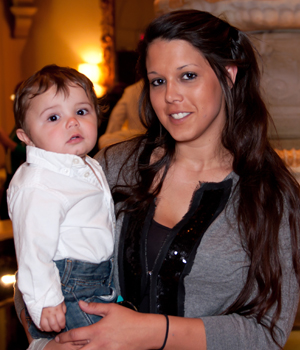 I found myself a millennial child in her early twenties in a life of freedom and carelessness. Away from home, and away from the only life id ever known, I was trying to take hold of this new life of independence. I gave myself no limits, I wanted to be able to say I had experienced it all. As months passed in my new home in Columbus, I watched  as my drive for school slowly, but surely diminish. My priorities switched over to daily social gatherings where drugs and alcohol were being used, I mean after all that's what most college kids in their early twenties are doing, right? Perhaps I was just curious, but that drive to "experience it all" led me into a life I never imagined for myself.

After about two years of lots of parties and wasted time and money, I was lost. My family that was once so close, hardly spoke to me and I dropped out of my senior year of college. My relationship (with my current boyfriend) and excessive partying sent me into a stress level I had never reached before. Significant as well as awful things occurred to my boyfriend that changed our whole relationship. The things that happened made me wanna be there for him and help him. But it inevitably changed our relationship. As a small wedge began to build between us, I found myself seeking refuge with other people. It was at this point that I found myself in a compromising position with another boy. It was easy to cope with the shame and guilt of my multiplying transgressions cause I could just party and forget about everything. After finally coming to a point where neither boys in this triangle were willing to deal with the progressing situation, I found myself pregnant.

Within the week of discovering this, I began being pulled in several very different directions. It took some time but I finally came to the realization I hadn't even thought about what Laura wanted. Terrified and emotional, I didn't even get the chance to deal with these emotions personally, it seemed all my peers had better answers for me. The option of abortion was unfathomable to me, but at one point facing this pregnancy with the uncertainty of his paternity seemed more terrifying than the abortion. The time between my positive test result and my first ultrasound left me strained. When the day arrived, it took about 15 minutes to find my little one in my womb. I stared anxiously at the black screen awaiting for something to appear. In one seconds time a blurred imaged finally appeared and in the next moment my whole life changed as a heartbeat became visible.

At that point I became very selfish, I didn't care about what other people wanted me to do, I had seen that heartbeat and knew I couldn't let it go. After several months of many friends pulling me toward erasing this "mistake" I came to a decision. It wasn't this little boy's fault he was conceived. I couldn't believe I could be so enamored with this pea-sized life within me. I looked forward and saw a life of purpose and hope for myself all because this little boy was here. It wasn't going to be the end of my life, it was going to be the start of it. I could not imagine my life without this soul in it now. 9 months later I was holding him in my arms, and knew I had made the right decision. At that point no one else mattered, just my little boy and I.