The Art of Arguing Well 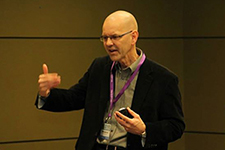 A hallmark virtue of the Christian life is compassion. Few words elicit a warmer response from us. But one act of compassion is often overlooked, or even disparaged, within the Christian community to the peril of our effectiveness in pro-life ministry: the art of arguing, and arguing well.

Now we don't tend to equate arguing with compassion. These seem like polar opposites. Arguing sounds mean, and often times it is. But it doesn't have to be. You see, when a preborn child's life hangs in the balance she doesn't need a warm blanket or a ham sandwich; she needs an advocate armed with good arguments and a gracious manner, because if this act of compassion is unsuccessful, there won't be opportunity to express another.

Indeed, the best way to help mothers facing unplanned and unwanted pregnancies is to persuade them to give life to their little ones. Pro-life apologetics is simply the ministry of arguing well on behalf of the preborn and their mothers, so that the baby can live and the mother can live without a lifetime of guilt and regret.

In 1 Peter 3:15, Christians are called to be arguers, "Always be prepared to give an answer to everyone who asks you for the hope that you have." The word, "answer", comes from the Greek word, apologia, from which we get the word, "apologetics", which simply means "argument" or "defense". Though the Bible expressly condemns becoming argumentative, Peter commands us to become arguers in the classical sense of the word. As pro-lifers, we bear the responsibility to provide compelling reasons for mothers (and fathers) to value their preborn children. This requires some "elbow grease" on our part, but pays infinitely high dividends in the counseling room and across the water cooler.

Pro-life apologetics is not an end in itself, but the means to an end. Pro-life ambassadors want to win the argument, but more than this, we want to win the person behind the argument. This is why Peter also admonishes us to defend our faith with "gentleness and respect." The goal is persuasion, not coercion. Christian apologist, Ravi Zacharias, offers a valuable reminder, "If you cut off a person's nose, there is no sense in giving them a rose to smell."

As the final advocate for mothers and their little ones, it is crucial that you are able to make the case for life in an attractive manner. Come to my In-Depth Day at the 2016 Heartbeat International Annual Conference, Making The Case for Life, and I'll equip you to do just that!

Arguing as if Life Depended Upon it

But, a year after stepping away from the pulpit, Mike says it wasn’t the usual reasons that initiated his change of direction. What caused the change was a bit of unfinished business.

“When I resigned my position, it was a very difficult thing to do,” Mike says, “I wasn’t pushed out, bummed out, or burned out. I really loved my church and serving in the role God had called me to there.

“The reason I stepped away is I really think there’s a large portion of the church who have given up on the plight of the unborn. That’s why I do what I do today.”

Today, Mike serves as an educator with Life Training Institute, a pro-life organization started by Christian apologist Scott Klusendorf that focuses on training Christians and other pro-life advocates to save lives by presenting and defending the sanctity in the public square.

Mike, who will be leading a pre-conference in-depth day, “Making the Case for Life,” at the 2016 Heartbeat International Annual Conference, became an advocate for life in 1984. Having become a Christian just one year prior, Mike still held pro-choice views, until a viewing of The Silent Scream—hosted by his church—changed everything.

Thirty years of serving in the church—including 23 as a pastor—and active involvement in the pro-life movement throughout that time have convinced Mike of the need for more Christians to become equipped with strong arguments on behalf of the unborn, so he couldn’t resist the chance to say, “Yes” when he was given the opportunity to jump onboard with Life Training Institute.

“The value in learning the proper role of apologetics can’t be overstated,” Mike says. “One of the things I’ve experienced is when someone gains a certain amount of knowledge and can speak winsomely, the result is both confidence and engagement.

“The more engagement we can have—whether in a formal setting with a pro-choice advocate, or with your brother-in-law at a family get-together—the more natural we’re going to feel, and the more effect that will have in the long run.”

When I look back, I remember some times of real heartbreak; times when, in spite of our best efforts, a client chose an abortion. I remember times we shed tears of rejoicing, when a client who was set on having an abortion later walked into the center with a beautiful baby.

We grieved the lives lost; we rejoiced in the lives saved, and ultimately we sought to save as many preborn children as possible, all while showing love and compassion to the women facing the unplanned pregnancy.

Similarly, the whole strategy of Americans United for Life (AUL), the legal architects of the pro-life movement, is to save as many lives as possible, all while providing truth and protection to women, and ultimately working for the day when Roe v. Wade will be reversed.

Within the pro-life movement, there are several approaches designed to reverse Roe v. Wade and end abortion. The goal is always the same—protecting the lives of unborn children—but each approach emphasizes a distinct strategy.

Two of the most prominent approaches today are the “Statutory” approach, the approach championed by AUL, and the “Convention” or “Referendum” approach, sometimes called the “personhood” approach.

[See Also: Evidently, Not so Self-Evident, by Ellen Foell]

AUL’s Statutory approach seeks to save lives in the present day primarily through the enactment of AUL’s 40+ pieces of model laws contained in our annual publication Defending Life. These laws have the strongest potential of surviving a constitutional challenge in the courts based on our legal team’s extensive experience and analysis of both the legal record and the Justices’ writings.

AUL has been involved in every major life-related case that has come before the Supreme Court beginning with Roe, and we successfully defended the Hyde Amendment which prohibits the use of federal funds to pay for abortion.

Simultaneously, in a parallel track, the same bills that save lives now also directly attack the current legal foundation of Roe v. Wade and provide the Supreme Court the opportunity to reverse its horrendous decision.

Importantly, the Statutory approach also allows the pro-life movement to enact laws that bring attention to the needs of the woman as well as the unborn child. These include protections like informed consent, waiting periods, the right to view an ultrasound, and safety and hygiene regulations for abortion facilities.

Woman-centered pro-life legislation can begin to save lives immediately after they are enacted. But this legislation is also written with a long-term strategic legal view. If Roe v. Wade is ever going to be overturned, the pro-life movement must overcome the false idea that abortion is synonymous with women’s health and well-being.

Currently, the legal status of abortion is dependent on the false notion that abortion is good for women. Several of the Justices, like many in the American public, view abortion as a “necessary evil.” In Planned Parenthood v. Casey in 1992, the U.S. Supreme Court developed a legal doctrine known as the “reliance interest” in order to continue its support for virtually unrestricted abortion despite the wealth of evidence that proves unborn children are living persons.

The reliance interest focuses solely on women, who supposedly “rely” on abortion to maintain their status in American society. Because of this doctrine, it is highly unlikely that the Court will reverse Roe v. Wade unless the Justices recognize that abortion does not help women—abortion harms women, a truth that pregnancy centers know all too well.

The Convention approach has the proven impact of engaging the grassroots public and the culture overall on the life issue, and should be commended for those efforts.

Unfortunately, as a legal approach, it has historically proven to be very difficult, as none of the twenty-seven amendments to the Constitution have been proposed by state constitutional convention. AUL, in fact, had been involved in early efforts related to the Convention approach before shifting to a statutory-focused strategy.

In addressing the abortion issue, it is of the utmost importance that we are united as well as strategic. As it says in Matthew 10:16, “Behold, I send you out as sheep in the midst of wolves. Therefore be wise as serpents and harmless as doves” (NKJ). Part of any overall strategy in the pro-life movement must involve bringing cases that we know cut to the heart of the reliance interest premise upholding Roe v. Wade.

Similar to pregnancy centers, we must work to demonstrate the harm of abortion to both women and their preborn children, while using our best efforts to save as many lives as we can today.

And like pregnancy centers, we are able to rejoice daily in lives saved.

Related: Fight to Win: An Argument for a State Human Life Amendment

Related: Evidently, Not so Self-Evident

1. Research conducted by Dr. Michael New of the University of Michigan in Dearborn found that even basic commonsense laws like parental consent/notification serve to reduce abortion significantly in states that enacted them. Michael J. New, Ph.D., Analyzing the Effect of State Legislation on the Incidence of Abortion Among Minors, HERITAGE CENTER FOR DATA ANALYSIS (2007), available at http://s3.amazonaws.com/thf_media/2007/pdf/cda07-01.pdf (finding that parental involvement laws and Medicaid funding restrictions significantly reduced the abortion rate during the 1990s).