Thankfulness Beyond the Rules

“Was no one found, who returned to give glory to God, except this foreigner?” 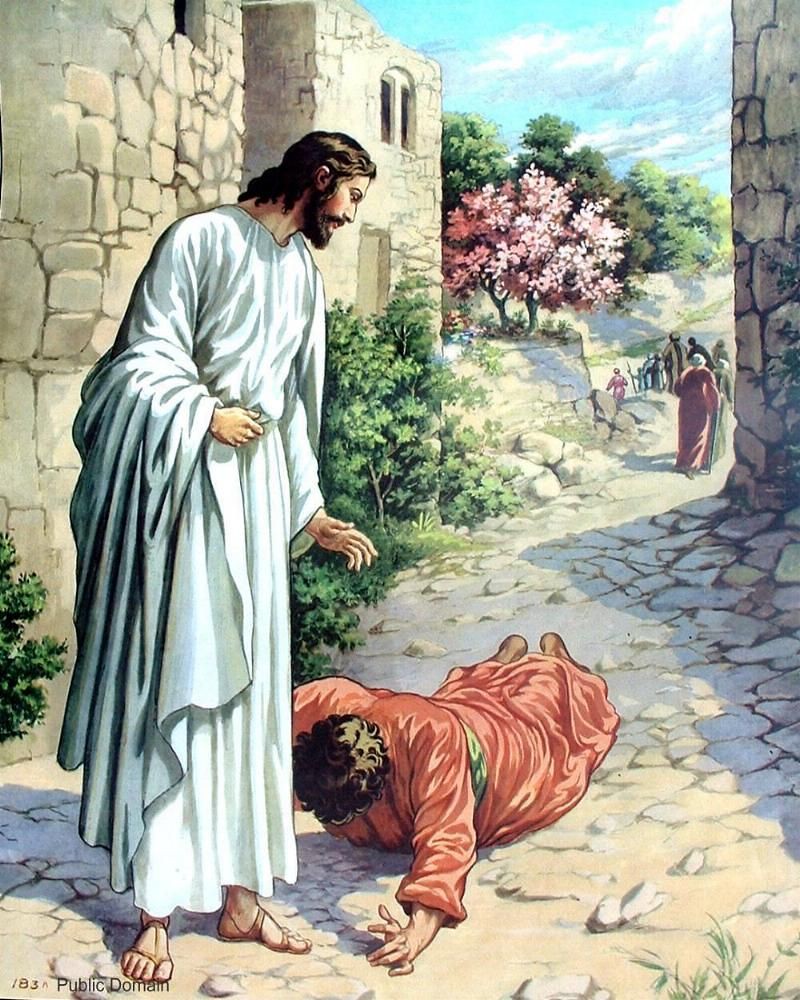 The story of Jesus cleansing the ten lepers fascinates me, because it is a great study of how we sometimes view thankfulness.

In brief, here’s the story: Jesus is headed to Jerusalem and is between Samaria and Galilee when he hears ten lepers crying out, “Jesus, master, have mercy on us!” They broke the rule for lepers, who were supposed to cry out, “Unclean” to keep people away from them.

But instead of berating them for breaking the Mosaic Law, Jesus says to them, “Go and show yourselves to the priests,” which is what the Law instructed for those healed. Aha! And as they turned to go to the priests, they were indeed, healed. Great news, right?

Nine of the men kept going, on to the priests to fulfill the Law’s instructions. One however (and a Samaritan at that), turned back, falling at Jesus’ feet in thanksgiving and glorifying God “with a loud voice.”

When this takes place, Jesus asks a good question. “Were there not ten cleansed? But the nine—where are they?”

Jesus continues. “Was no one found, who returned to give glory to God, except this foreigner?”

An argument can be made that the nine fulfilled the rule of law. By law, they were required to go to the priests, who would then—at some point—declare them clean again. Unfortunately, by only following the rules they missed something bigger, an opportunity to know the Son of God.

It’s interesting to note, they were more than willing to break the rule of Law when they were desperate for healing. Instead of crying out, “Unclean,” they begged for Jesus to heal them. But after healing, it was back to the rules and nothing more.

Jesus was never obligated to heal the nine. Yet when he did so, the nine treated him as if he had only met the minimum standard, overlooking him in their rush to gain their “Clean Again” certificate from the priest. As a result, they missed their big opportunity.

In our everyday encounters, we have service employees, co-workers and so many others who perform tasks which make our lives easier. No, they aren’t necessarily doing something as miraculous as healing us of leprosy, but they often meet needs for us.

They may save us time. Or, fix something we’re not equipped to repair. Or, they do us a favor when we don’t expect it.

When these things take place, let’s be the one who goes the extra mile to say, “Thank you.” When we do, it opens the door to a greater relationship and more opportunities to build hope into their lives.

We can often view Jesus as stoic, leaving feelings aside as he pushed toward Jerusalem and his sacrifice on the cross. But I can’t help but believe Jesus was moved by this one who thanked him, seeing him as an encouragement on his road to Jerusalem.

The nine received healing but missed the greater blessing. Let’s break the rules and be the one. We never know what might happen.

More in this category: « Praying That They May Know Seeing the Shame Beneath the Sin »
back to top