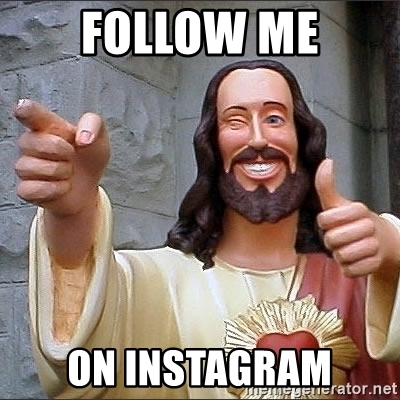 “Zaccheus, hurry and come down, for today I must stay at your house.” Luke 19:5B

Jesus would have been lousy at Instagram. While Jesus would have millions of followers, likes and shares on any social media site, something tells me He wouldn’t have spent much time trying to get the perfect photo to share or musing on creating a viral meme.

And when we look carefully at Jesus’ ministry, He never appeared interested in the big numbers. Instead, he almost always focused on the “one,” or only a few.

Yes, Jesus spoke to hundreds and even thousands, but we never see Jesus trying to pull together a crowd. There were no banners proclaiming, “Jesus to Speak on the Mount Today! Don’t Miss it!” If crowds showed up, Jesus didn’t turn them away. But most of Jesus’ most memorable moments took place with one person here, a small group there.

Think about it. Jesus chose just twelve disciples. Many others followed and were disciples as well, but Jesus zeroed in on just twelve. We see story after story of Jesus healing one blind man, only ten lepers, one boy possessed by a spirit, one centurion’s servant, one blind man, one man suffering from dropsy. We could go on—the list is long.

And Jesus’ stories? He told us of one lost sheep, one good Samaritan, one prodigal son and his relationship with one loving father.

Jesus spoke to one woman at a well, one curious Nicodemus, and called out for one Zaccheus, almost lost in a huge crowd.

Yes, Jesus fed thousands. He healed . . . who knows how many? But at His core, the good news Jesus talked about spread because of one here, one there. Because of Jesus’ focus on the “one,” He earned the trust and love of the thousands.

As we serve those we see, we likely wonder sometimes whether we’ve made much of a difference. One came in the other day and we’re not sure we reached her. Another made a life decision, but we can’t know for certain what her future holds. We wonder, is our work truly making a “big” impact?

Jesus knew how to make a “big” impact. He reached one here. Then, he walked for miles and reached one more. Then, another. And another. By doing so, He created a blueprint for us in the pregnancy help community—one we follow each day.

We don’t know if following this model will make us social media influencers or draw crowds of people desperate to hear us speak. But we do know this model is Jesus-inspired. And, regardless of whether we see instant results, connecting with the one brings God-sized results.