The Emotional Rollercoaster of Decision Day 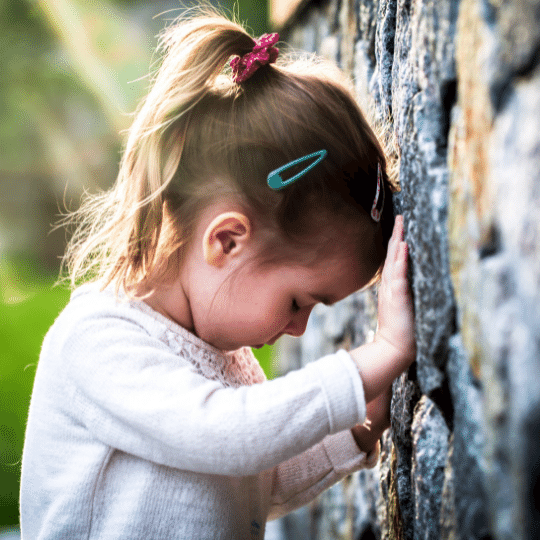 The anxiousness that defined every Supreme Court decision day since the beginning of June was brought to a conclusion on June 24. That day we waited, and we watched. And then there it was, Dobbs v. Jackson Women’s Health appeared, and Roe v. Wade had been overruled. I rejoiced with a spirit of thankfulness and praise. The Supreme Court Justices had the courage and conviction to examine the laws and the Constitution and overturned a grievous decision that had been made with faulty information and outright lies.

But then I found myself surprised by grief.

Almost immediately an overwhelming sadness came over me as I tried to muffle my sobs sitting at my desk. I thought about everyone who had been affected by Roe. Not just the babies unborn, but the women who chose, were coerced, were frightened; the men who did the coercing, threatening, and abandoning, or who were not even included in the decision making process.

As the day progressed, I was still surprised by the depth of my tears. And while I grieved for others, I was again grieving a child that physically ceased to exist, but still lives in my memory. Both of my children died in the month of July. One killed in a car accident. One killed by an abortion decision. I grieve for one more openly than the other, but I grieve for both, nonetheless.

Joy in the Mourning

And then I reminded myself to not linger on the what ifs, but to remember the words of confession and repentance expressed with godly sorrow. And remember the forgiveness received, and the mercy and comfort bestowed by a loving Father.

Work to be Done

As the decision became known, the opinions came pouring in from all around, the people closest to me sometimes hurting the most.

Someone close to me posted, “…I call on all who were so invested in abortion being outlawed to step up with the social safety net that those same ppl are opposed to funding. You now have decided to insert yourself into the lives of these women and children… If you truly care about the life of these children so much so that you are forcing this issue, which, btw, is a private, personal choice between a woman and their God or not God depending on their beliefs, then you need to put your MONEY where your morally superior mouth is…”

And one family member texted, “The Doxology just went through my heart and head.”

As we move forward from the day of decision, I’ve listened to others express their reactions with words like contemplative, somber, a heaviness of heart. There was celebration but it was subdued, because as we’re reminded by these words from the decision, “We therefore hold that the Constitution does not confer a right to abortion. Roe and Casey must be overruled, and the authority to regulate abortion must be returned to the people and their elected representatives.”

Abortion is still available. There are still battles to be fought. Hearts are still hardened. People are still confused and hurting. They need to hear the truth. They need to see kindness. They need to be lifted in prayer. Pregnancy centers, medical clinics, maternity homes, nonprofit adoption agencies, and abortion recovery programs are still relevant as women and men still need places to find help and hope.

Yes, there is still work to be done. But take heart, we are not in this alone. The divide may be wide, but Jesus’ arms are wide enough. His forgiveness is complete enough. His love is deep enough.

I will share this truth until there is no more breath left in my lungs because I know that “Those who hope in the LORD will renew their strength. They will soar on wings like eagles; they will run and not grow weary, they will walk and not be faint.” Is 40:31

As for me, I’m singing the Doxology.

Praise God through whom all blessings flow
Praise Him all creatures here below
Praise Him above ye heavenly hosts
Praise Father, Son, and Holy Ghost. Amen!

If I listen closely, I’m sure I can hear you singing along.

More in this category: « Post-Roe and Facing a Fiery Trial Making Sure We Don't Miss the Miracle »
back to top