A Sinful Man? Jesus Ain’t Got Time to Talk About That. 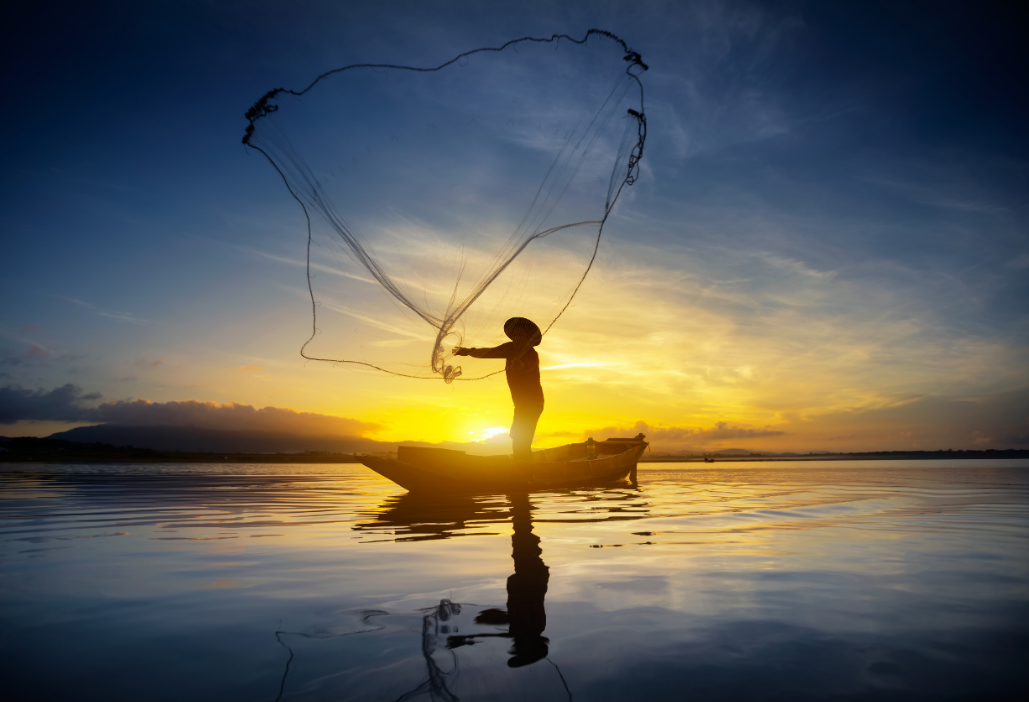 But when Simon Peter saw that, he fell down at Jesus’ feet, saying, “Depart from me, for I am a sinful man, O Lord!” Luke 5:8

Peter had a problem. All night he had cast his fishing nets out into the water with no return. None. Nothing. Nada.

The next morning Jesus showed up, asking Peter for boat access as He taught a gathering throng. Peter of course, obliged. When Jesus was finished however, Peter still had no fish. Until Jesus asked him to cast the net just one more time.

When Peter did so, we know what happened. So many fish hopped into the nets, Peter needed his friends to help keep them from breaking. A good day, for sure.

But Peter’s response sounds weird today. “Depart from me, for I am a sinful man, O Lord!” Peter quickly realized that if a man could make thousands of fish appear where there were zero fish just a few minutes before, that same someone—if he got close enough to Peter—could see Peter didn’t deserve the miracle. Hence, Peter was afraid.

What we do see is Jesus offering Peter a great opportunity to follow along. “Do not fear,” Jesus told Simon. “From now on you will be catching men.”

In other words, “You ain’t seen nothin’ yet, Peter.”

Here’s the bottom line. Peter focused on his problem (his sinfulness). Jesus focused on Peter’s potential (“You can be a fisher of men”).

What is it about us that makes us focus on our problems? We are constantly our worst critics, pointing out our flaws and our failings. But then there is Jesus, telling us we have potential. We have the God-given ability to influence others, encourage others, and change the lives of others.

As we move forward in our work, let’s focus on the potential God gives. Let’s see it in ourselves, and let’s see it in others. The next time we are tempted to consider how much we fall short (“Depart from me, for I am a sinful person!”), let’s turn our perspective to how Jesus sees us.

Jesus placed us in this ministry to go fishing for people. He sees potential in each of us. In fact, He sees so much possibility, He has no time to blab with us about our failures. He’s ready to grab us and go fishing. All we need to do is follow. And once we decide to follow, we’re past our problems and primed for the possibilities.