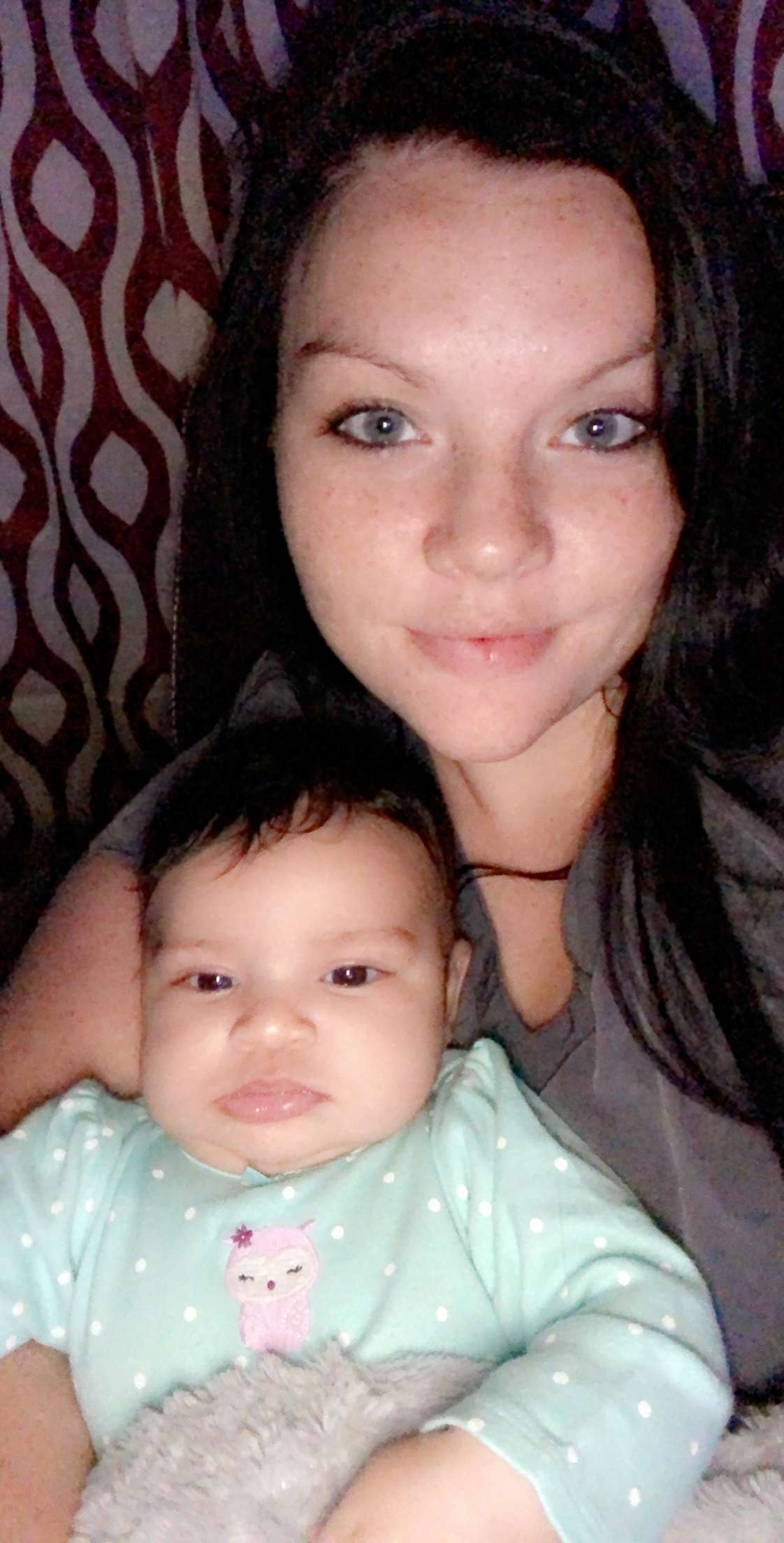 I was in a relationship that seemed perfect on the outside but was very abusive and manipulating.

I had been basically brainwashed to believe anything he said was right; I was always wrong.

I endured years of mental and physical abuse. I never acknowledged the abuse as abuse until I got out of the relationship.

Even after months of him cheating and my letting him push me around, I agreed to have a baby with him. I thought agreeing to have a baby for him would “change” him.

After I became pregnant, he told me he only got me pregnant so that I would be “his forever” and not because he wanted me to have his baby.

He continued to be verbally and physically abusive, but I stayed because I loved him and just “knew” I could help him change.

Our baby was born prematurely and required a two-week NICU stay.

I stayed in the NICU the entire time with our baby completely alone, and he only visited once for about 30 minutes.

When I finally got to come home with our baby, the relationship just got worse.

We fought often and when I finally realized how unhealthy the situation was, I decided to take our boy and move out.

It was then that I decided to apply for nursing school and even made it through the process of interview rounds.

About two weeks before my interview for nursing school, he asked me to come over, so I did.

He and I had an argument which resulted in him pushing me hard enough that I fell and broke my arm. I made up a story that I had just fallen and broken my arm, which I told often that I eventually believed it myself.

I continued to let him get away with his actions.

I had to have surgery the same week as my nursing school interview. At that point, I was going to give up on even trying for nursing school.

My administrator at my job heard about what had happened and knew I needed more help than I was willing to ask for at that time, ad introduced me to Juli Merciez at The Cottage.

After taking the NCLEX (National Council Licensure Examination for nurses) and receiving my LPN, I continued to work at my current employer as a charge nurse and then as a wound care nurse.

Nearly a year later, I met a man who I fell head-over-heels for. He was very respectful toward me and my son.

I was with him about nine months before I became pregnant with my daughter. I found out while I was out of state for vacation and was instantly full of mixed emotions.  It wasn’t supposed to happen, I wasn’t ready by any means to have another baby.

I told him when I got home from vacation. He was excited as can be. He did not have any kids of his own and was ready to have his own child. While I was away, he had picked up the habit of excessive drinking and taking pills.

Even though he was initially excited, he changed over the following weeks. He told me it was not his baby, said some other nasty things to me and that I should just go have an abortion.

It was then that I called Juli. I didn’t want to bring another child into my crazy messed up life. I needed help to find a place that performed abortions but didn't know where to start.

She listened to my concerns and prayed with me to make the best decision. Juli helped me understand that God gives His toughest battles to His strongest soldiers.

I decided to continue with my pregnancy, and I broke up with the father. He later got into trouble and went to prison, missing her birth and most of my pregnancy.

I thought every day that there was absolutely no way I could do this alone. But I’m not alone. I have God in my circle even when I don’t feel like I have anyone.

Becoming pregnant the second time really opened my eyes much more to how necessary it was for me to become involved in church. I began to make it a habit to go every Sunday and even to the occasional services on weekdays.

My baby girl is now nearing three months old. I’ve taken care of all my responsibilities and have even advanced in my role at work to an administrative nursing position. Had I never met Juli when I did, I cannot say I’d be where I am today. Even to this day, she continues to be there for me when I need help or even just advice.