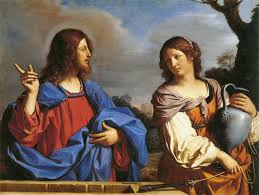 More in this category: « Why Not Ask on Social Media from Time to Time? Lord, Today I Ask for . . . Courage »
back to top