Starting an Endowment from Scratch 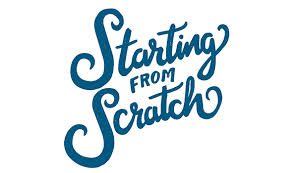 "We don't have anything like an endowment," I'm told by many pregnancy help organization CEOs. If this is the case, starting at zero means something good: We are starting! From any beginning point, we can build, step-by-step. Here are several ideas:

Start with Commemorative Gifts
You'll find in the article, "Why an Endowment is Attractive to Donors" the idea of taking gifts in memory of a person (or in honor of a living person) and placing them in an account where only the interest is used for advancing the ministry. This is an endowment.

If you are currently using many of your memorial and honorarium gifts as part of the budget, you can take even a percentage of those gifts and place them in the new endowment, so as not to harm your current budget. You might find that these gifts rise when you make the announcement.

Announce your intentions publicly in E-blasts, newsletters and appeal letters. Make sure response devices (in print and on your donor web site) clearly point out where these gifts will go and how they will be used.

As an example, if your ministry receives an average of $250 per month in these gifts, placing them all in an endowment will give you a $3,000 endowment in your first year. It's a start, right?

A percentage of each gift . . .
As we look at starting, consider placing a percentage of every gift in your new endowment. At just 2 per cent, a center with a $200,000 income budget will place $4,000 in an endowment in that first year. Again, we have a beginning!

Ask!
Why not place one more appeal letter in your yearly development plan and ask specifically for gifts toward a new endowment that one day will fund a large portion of the ministry? Recipients can be reminded that these particular gifts will "keep on giving" for generations to come.

This is a way to not only begin a fledgling endowment; this letter will identify those who are endowment minded and who may be capable of continuing to build your endowment in the future.

The key to starting an endowment is getting started. Even a "small" start is a start.

Click here for more of this month's Advancment Trends in the Life Community.

More in this category: « Endowments Should Provide Income—Let's Get a Return on Our Investment! Why an Endowment is Attractive to Donors »
back to top
© 2021 Heartbeat International