A Life Saved by Choice 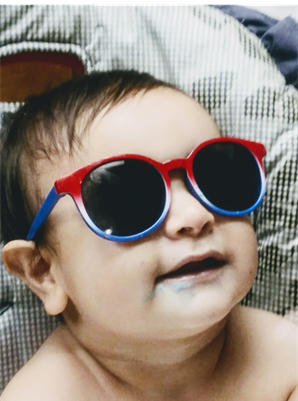 “I'm so glad I picked up my phone that day and looked for help, who knows what the outcome would have been? All I know is it was by the grace of God! Thank you all again for your help. I'm blessed and thankful every day. I could not imagine my life without my baby boy.” -Ashley

The pressures and stressors women are facing at the time of an unplanned pregnancy are often played on for them to believe a chemical abortion is their only choice. Women are often looking for support, a solution, and a plan for their situation. Chemical abortion is sold to them as a private option to be completed in the comfort of their own homes with sometimes even with the convenience of mail delivery. Many women are not prepared for the severity of the bleeding, the severity of the pain, or potentially seeing the body of their lifeless child. An informed decision is the best decision. Women deserve to know the truth, medical facts, receive proper medical care, and a second chance at choosing life for their unborn child. Abortion Pill Reversal empowers women with choices.

Is it too late to reverse the abortion pill?

For those seeking to reverse a chemical abortion, the goal is to start the protocol within the first 24 hours of taking the first abortion pill, mifepristone, also known as RU-486. However, there have been many successful reversals when treatment was started within 72 hours of taking the first abortion pill. Even if 72 hours have passed, it may not be too late. Initial studies of APR have shown that APR has a 64-68% success rate.

To receive an APR Provider Kit or for additional information, email This email address is being protected from spambots. You need JavaScript enabled to view it.

Statistics show that more than 2,000 lives have been saved thanks to the Abortion Pill Rescue Network. Abortion pill reversal is time-tested, FDA approved treatment, that’s been used for decades to treat women at risk for early pregnancy loss and preterm delivery. APR involves emergency, ongoing dosages of progesterone to counteract the effects of the first drug given in a chemical abortion – mifepristone. It’s effective and is saving lives every single day!

However, we know that many women do not know that reversal is available to them after starting a chemical abortion and we need your help to spread the wonderful news - Reversal is possible and we are here to help!

The Abortion Pill Rescue Network is a 24-hour hotline and a network of providers worldwide who offer reversal to women who have started a chemical abortion and are having regret. Women seeking reversal can call the APR Hotline to speak with a medical professional (877) 558-0333; live chat is available for clients on our website, or they can email us at This email address is being protected from spambots. You need JavaScript enabled to view it.. No woman should ever be forced to complete an abortion she no longer desires.

Please share this valuable information as you are able everywhere the clients are in that community (if not already) including bars, schools, restaurants, health centers, mental health clinics, and online. Centers have advertised APR in their communities in Google ads, social media, park benches near abortion clinics, billboards, newspaper ads, school yearbook and newspaper ads, yard signs, and bathroom ads (especially in restaurants and bars).

Since most women do an online search for services when help is needed, GoogleAds is an effective (although costly) way to inform clients about services offered in your community. Because centers do not sell abortion, there are challenges to getting ads to compete online. It’s important to be very careful not to be deceptive and be very specific in what is being offered.

Some keywords to target can be:

Social media is another way to share the news with your community. The more hopeful and uplifting the ad, the better. Try to avoid the words “abortion pill” when possible when creating an ad. Here are some images we have posted on social media that you can share (you can also request these images by contacting us at This email address is being protected from spambots. You need JavaScript enabled to view it.): 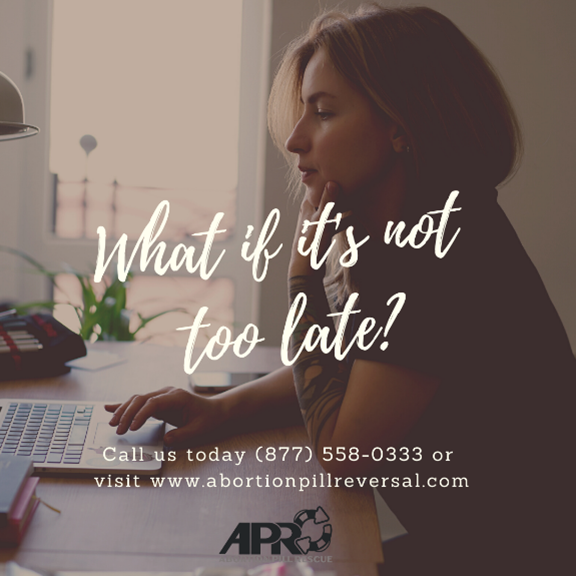 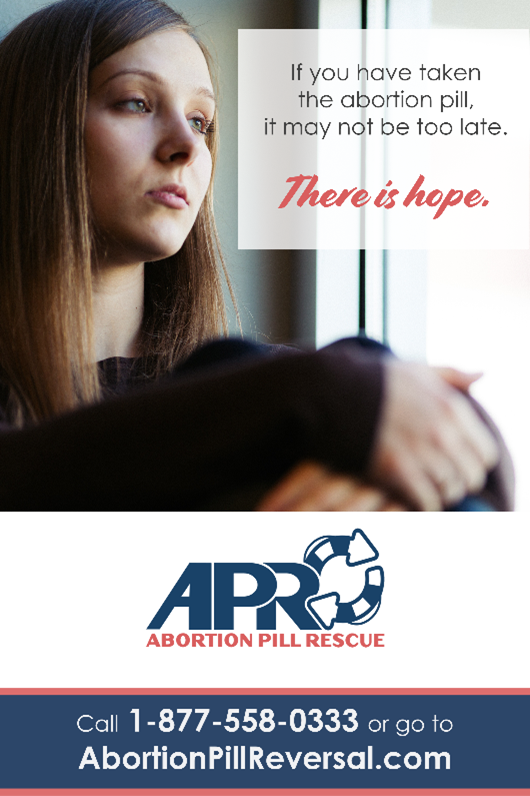 Considering Our Mission during the COVID-19 Pandemic

We understand your concerns for staff and clients during this time of uncertainty during the ongoing COVID-19 outbreak and want you to know that Heartbeat International is praying for each of you, your clients, and all who support your centers. Because this is an ever-changing situation, we are also watching the global resources we have available through the government and would recommend centers do the same: the Centers for Disease Control and Prevention (CDC.gov), and the World Health Organization (WHO.int).

In addition, centers should have or create policy for infection prevention and hand-washing. For more information about what should be included in those policies, the OSHA COVID-19 website is helpful.

Clients may ask "If I have the virus or if I’ve been exposed should I get an abortion?"

The Good Fight of Faith

We didn’t ask for this fight. We really just want to help women make the healthiest choice for all involved – the choice for life.

That’s what “pregnancy help” is all about anyway. That’s what started this movement more than 50 years ago. The desire to make sure there were alternatives to abortion for those in the “valley of decision.”

But others, especially those from—or in league with—the abortion industry have decided to fight alternatives to abortion. This has manifested itself in zoning laws and Supreme Court decisions. Our opposition has demonstrated an increasing willingness to use political power and negative digital reviews.

Earlier this year, we learned that two pro-life informed consent laws recently passed in North Dakota were being challenged. You can read more about the specifics of that here. Heartbeat International, has weighed into this fight because the issues at stake in North Dakota have national implications.

But what does that all mean for you? At the moment, unless you’re pregnant in North Dakota and seeking an abortion, it doesn’t mean much at all. If you are, then it means you’ll be denied some key information relating to alternatives to abortion and you’ll have less knowledge at hand to make a fully informed decision.

For the rest of the country and the pregnancy help movement, the legal wrangling in North Dakota won’t have an impact until the lawsuit is decided. Even then, both sides of this seem resolute enough to appeal to the higher courts. Such actions will likely take months, maybe even years. So in the short-term this lawsuit won’t affect anyone outside of North Dakota for a while, if ever.

Although the impact in your part of the country may not be immediate, you can certainly be involved by praying for our pregnancy help colleagues in North Dakota who are affected. You can include prayer for wise counsel from our legal teams and for favor with the judge(s) to see how important it is that every woman be loved and supported in her pregnancy. This means equipping her with the information she needs to make the best decision for every life involved.

Together, with God’s present help, we can take heart in “fighting the good fight of faith” (1 Timothy 6:12).