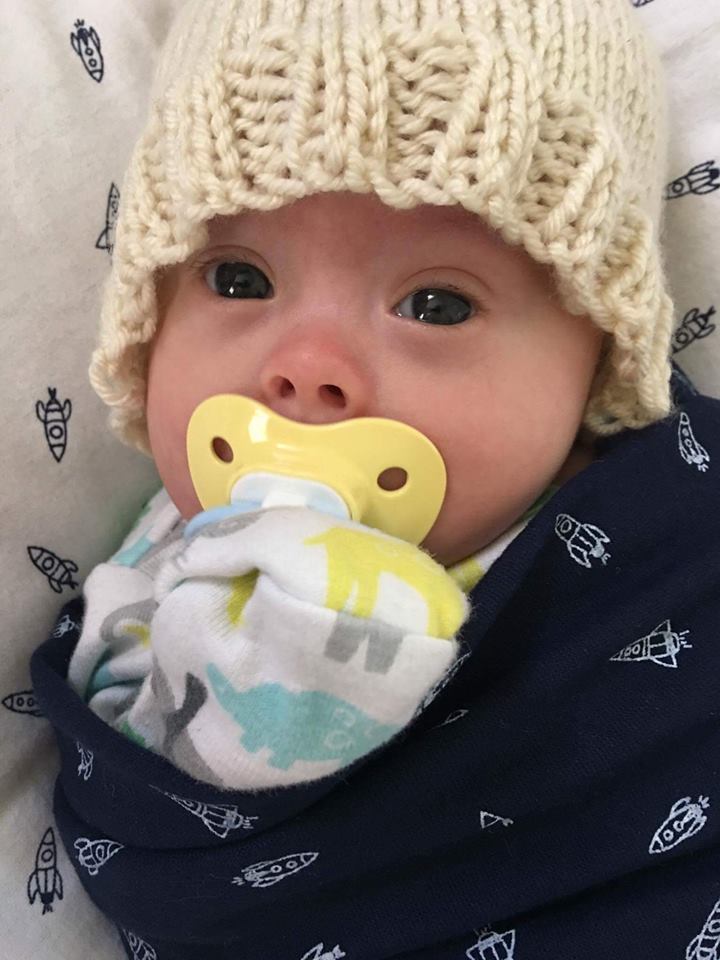 Misdy found herself in a situation where the only “practical solution” pointed to an abortion. She had six kids, a troubled marriage, and had just started a new job to help make ends meet. The news of a pregnancy was overwhelming and she justified taking the abortion pill.

As soon as Misdy took the first dose of the abortion pill regimen, she knew she had made a horrible mistake. Thankfully, she found Heartbeat’s Abortion Pill Rescue Network and was able to make a second choice to save her pregnancy.

And, yet, the fight was not over.

Then, at 19 weeks her baby was diagnosed with Trisomy 21—Down syndrome, the most common chromosomal condition in the U.S. When Misdy’s doctor suggested an abortion, she broke down and cried.

“My first thought was, ‘You don’t know how hard it’s been to stay pregnant,’” she wrote. “How could I even think of doing it now? He was a baby with hands and feet and a heartbeat that I got to see once a week on ultrasound.”

At 31 weeks, Misdy went into preterm labor and gave birth to her baby boy, Tig Lee.

“I know now that Tig was sent here to me for a reason,” she said. “He is the light and the best baby ever. He puts a smile on my face every single day.”