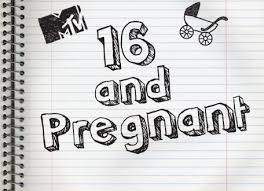 It might be quite surprising to you, but one of MTV’s most popular shows is one that can be used to help the young women walking into our centers. Considering that much of what MTV produces doesn’t fit very well with the Christian values in the pregnancy help movement, MTV’s hit show 16 & Pregnant is one that shows the authentic challenges and drama associated with teen pregnancy. Through a documentary-style format, MTV deserves credit for bringing to light the physical, social, and emotional difficulties of having a child as a teenager.

As the show is wildly popular and seen by literally millions of young people each week, it’s a great connection point for pregnancy center staff and volunteers to talk the language of the clients walking in our doors. We at Bethany Christian Services have had the opportunity to work with MTV on several episodes of 16 & Pregnant and another spin-off show on MTV called Teen Moms. While the shows don’t directly advocate a specific pro-life or pro-choice perspective, each episode shows young women choosing life through either parenting or adoption.

During the first season of 16 & Pregnant, the season’s final episode was “Catelynn.” The episode followed 16-year-olds Catelynn and Tyler from Michigan as they worked with Bethany Christian Services to make an adoption plan with a Christian adoptive couple from North Carolina. The episode shows the raw challenges of Catelynn and Tyler growing up in very difficult broken families and not having much support from their parents. Catelynn and Tyler display the maturity of wanting a better life for their daughter than they could provide and end up following through with the adoption. The emotion and tears during the show will make you want to have a box of tissues by your side when watching it!

Some pregnancy centers have been contacted by MTV when they’re casting for future episodes and looking for pregnant teens. While it’s important to be cautious, if you have a young client who’s confident, well spoken, and interested in sharing her pregnant journey with the world, she can be a great witness to the world through the show. MTV has been professional and respectful of the expertise that we bring about the adoption process. While the filming process can include long, grueling days, the reward of sharing a positive view of caring for young women through their pregnancy with such a large audience is tremendous.

For just two dollars each at Bethany’s online store (http://store.bethany.org), you can order copies of Catelynn and Tyler’s Adoption Journey DVD which shows 12 minutes of highlights from the “Catelynn” episode. This 12-minute DVD has several short chapters showing clips of the show including Catelynn and Tyler choosing an adoptive family, talking with a Bethany pregnancy counselor, literally placing their daughter into the arms of an adoptive family, and visiting their daughter and adoptive family a year later. These clips are a wonderful way to show young women that adoption is a real possibility. Catelynn and Tyler’s witness on MTV may lead a client to say, like many others, “If Catelynn can do it, so can I.”

You can also order the full Season 1 series of six episodes for $5.

More in this category: « Option Line serves PHCs Option Line, StandUpGirl, and the Midnight Chat »
back to top