Kharkov Pregnancy Assistance Center is a life-affirming ministry founded in 2003 in Kharkov, a city of 1.5 million people in east Ukraine, a post-communist country with a 95-year history of legalized abortion. Because abortion is often used as the only form of birth control, the population of Ukraine decreases each year by 250,000 people.

We offer pregnancy counseling, pregnancy support and parenting education, post-abortion recovery groups and education in high schools to present a biblical understanding of sexuality and the value of life.

Our Vision: Creating a world where every child is welcomed.

Our Mission: To end the demand for abortion by changing fears into the confidence, confusion into the hope for the future. To bring healing to people affected by abortion.

Ana* is miracle baby. She survived three abortion attempts and would not be alive today if it weren't for Kharkov Pregnancy Assistance Center.

Ana's mother tried to terminate her pregnancy at 13 weeks by using drugs meant for cows. She became very sick and called an ambulance to take her to the hospital. In the emergency room, doctors gave Ana's mother a shot and sent her home after finding out she didn’t have any money. She came to our center on her way home, still sick, thinking she needed to complete her abortion.

At our center, she found information about the development of the baby. She began to regret using drug and was afraid of the effect it would have on her baby. We gave the young mother an ultrasound. The first sonogram showed a tumor Ana had in her stomach. Doctors wanted her to have an abortion. Her family didn’t want deformed baby and pushed her to abort.

Since Ana seemed to be deformed, her mother's gynecologist offered a free abortion.  Our center found a pro-life doctor who encouraged Ana's mother and gave her hope. She was sent to a genetic specialist and then to counsel with a group of doctors.

Counselors from our center went with her to all of her doctor appointments to offer support. We prayed, and God changed her situation. To the surprise of the doctors, nothing was wrong with the baby. Ana could be aborted three times, if not for the center standing by and praying for Ana and her mother. 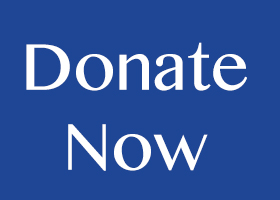